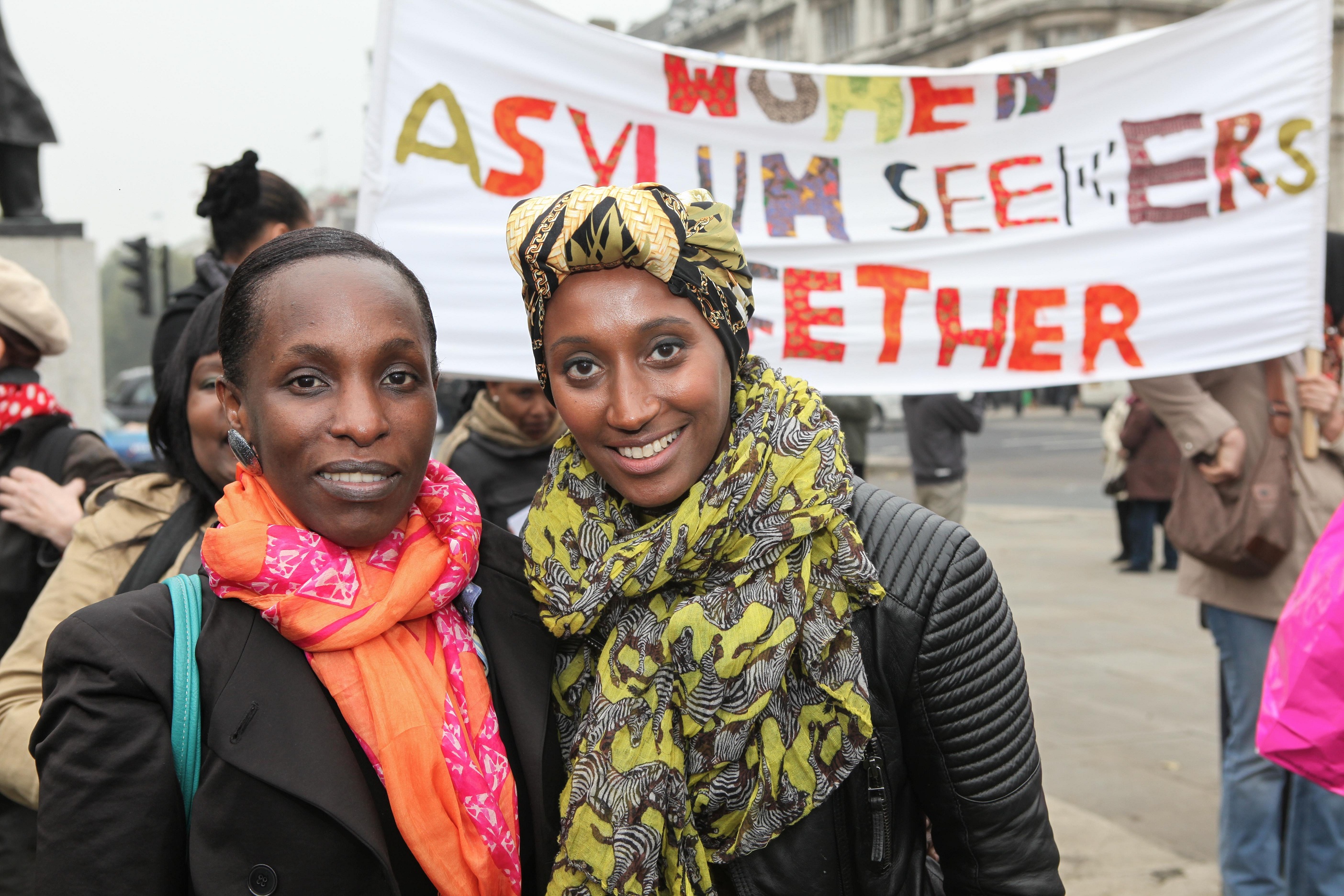 UK Feminista is a relatively new organization of ‘ordinary women and men campaigning for gender equality’. Founded just over 2 years ago, it has wide and international aims, namely a ‘vision of a world where women enjoy all the rights enshrined in CEDAW – the Convention on the Elimination of All Forms of Discrimination against Women – otherwise known as the ‘women’s bill of rights’.

To achieve this vision, it has set out to be a campaigning organization in the UK, but with the goal of transforming the world. As its website makes clear:

‘UK Feminista supports people to campaign for a world where women and men are equal.

Why? Because despite massive advances in the status of women, gender inequality remains rife in the UK and across the world.

We believe that political, economic and social equality between women and men is possible – and it is a world that will be better for all.

But progress doesn’t just ‘happen’. It takes ordinary women and men to stand up and be counted and create the world they want to live in. Our aim is to inspire and enable people to do just that’.

As one of its first campaigns UK Feminista organized a fantastic lobby of Parliament on October 24th 2012 to promote women’s equality by making demands on the UK state.

This event attracted several thousand women and a few men to a rally in Church House, Westminster. Women Members of Parliament across the political spectrum first addressed the rally, with Yvette Cooper, speaking for Labour, Amber Rudd for the Conservatives, Caroline Lucas for the Green Party, and Dr Miranda Whitehead as chair of Women Liberal-Democrats spoke on their behalf.

All four women addressed the audience as feminists aiming to put women’s equality at the top of the political agenda, as Hannah Poole, the chair of the rally put it. And the rally and lobby came at a political moment when sexual abuse, sexual bullying and sexual harassment was high on the public agenda with the Rochdale and Jimmy Savile issues dominating the news.

The 5 key demands about women’s equality for the actual lobbying were part of the training event that followed the political speeches. With education uppermost in the aims, speakers from 5 linked campaigning organizations put forward crisp arguments with strong evidence to back up each demand on the state. The five are: 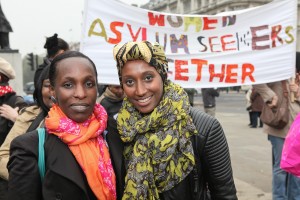 1. Ensure every school plays their part in preventing violence against women and girls

2. Take action to end the stereotyping, objectification and sexualisation of women in the media

3. Take a stand for urgent investment in childcare for all

5. Protect reproductive rights and support an abortion law for the 21st century

End Violence Against Women (EVAW) has developed a campaign to eradicate violence against women and girls, seeing it as a human rights abuse. They argue that until it is eradicated women and girls will never be equal or able to achieve their full potential. Their campaign Schools Safe 4 Girls builds upon a recent report A Different World is Possible. This also shows the part that can be played by schools and other agencies in tackling sexual bullying and harassment, sexual violence, female genital mutilation and forced marriage.

Whilst the Coalition Government’s Call to End Violence Against Women and Girls strategy focuses on preventing violence, schools work is patchy. Sex and Relationships Education (SRE) needs to be made statutory for this to be effective.

Object shows how the sexual objectification of women is increasingly prevalent across many forms of media and in popular culture and is harmful to women’s equality. This can be tackled both through schools and through addressing the report of the Leveson Inquiry. The Leveson Inquiry will report in November and there is an opportunity for the Government to ensure that the press does not discriminate against women and that in any new press regulations ensure that women are not represented in harmful ways. Schools should also be required to tackle gender inequality and gender stereotypes and deliver media literacy classes.

The Daycare Trust and the Fawcett Society both show how the costs of childcare are spiraling and the lack of affordable, quality childcare limits mothers’ choices and their ability to balance work and family commitments. This is particularly impacting on the ability of low income mothers to maintain employment and therefore their economic independence.

The UK signed up to the Refugee Convention over 60 years ago and is committed to granting asylum to those fleeing persecution yet many women’s claims for asylum are being unfairly refused. Women for Refugee Women challenge the culture of disbelief at the UK Border Agency so that women fleeing persecution receive fairer decisions on their asylum claims and that they get free quality legal advice and representation.

Reproductive rights are under threat from this Coalition Government and the current abortion laws are failing to meet the needs of all UK women. There is need for urgent action for women in Northern Ireland to have equal access to abortion and for it to be decriminalized, allowing abortion on request and preventing the harassment of women at abortion clinics from increasingly aggressive anti-choice groups. 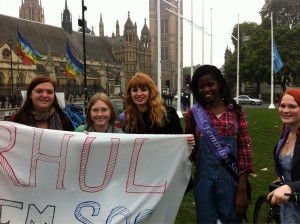 ng event was followed by a short march on Parliament led by the ‘Olympic Suffragettes’ with Dr Helen Pankhurst, granddaughter of Sylvia Pankhurst, and great-granddaughter of Emmeline, and women then individually lobbied their MPs about these 5 key demands to promote aspects of women’s equality.

Given that one of the first demands of the women’s movement of the 1960s and 1970s – equal pay for equal work – has not yet been successfully implemented across the spectrum, this lobby of Parliament was a ‘historic’ event. And it coincided with a ‘historic’ court ruling on equal pay for women, according to the Evening Standard (Evening Standard, 24.10.2012, p.6). This was a landmark ruling by the Supreme Court about women’s working conditions, based upon Birmingham city council employees’ rights for women workers compared to their male counterparts.

It is to be hoped that the UK Feminista demands will be more quickly effective, given the changes in social media and education. One can but live in hope.