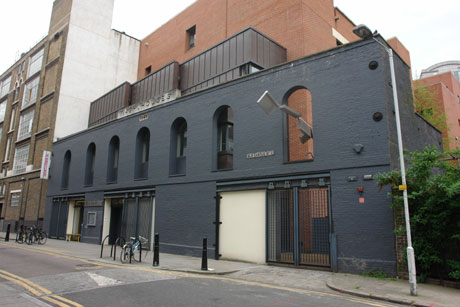 This is to report on what is happening to The Women’s Library, a resource that was set up over 75 years ago as the Fawcett Library in central London. It moved to premises in the East End of London in the 1990s, and became part of what was then the London Guildhall University. The latter then amalgamated with North London University to become London Metropolitan University. There was a contest between the London School of Economics, amongst others, and the Guildhall for housing the library as a resource for feminist historians, social scientists and arts people, back in the 1990s which Guildhall won. At the turn of the 21st century there was a bid for lottery funds to rehouse the library in a converted women’s bathhouse nearby. This bid was successful and the library was housed in an architect-designed building that opened in 2003.

The Women’s Library has been running as a resource mainly for feminist researchers and students very successfully. However, London Met as a university has experienced financial difficulties and they decided to either close the library in its entirety in 2013 or else find another custodian. The process started in March 2012 when it was said that the Women’s Library would only open one day a week from the Autumn. Bids were received from an array of academic institutions and the process involved the Friends of the Women’s Library but not the so-called Patrons (of which I am one). We were said to be the more generous supporters although we have been excluded from all decision-making until we received letters at the end of October, These letters informed us that the library resources were all going to LSE along with whichever staff wished to go but that the building was not to be included in this process. The library will be housed in the LSE library, which is based in the Lionel Robbins building. Lionel Robbins, for those too young to remember, chaired the committee on the expansion of HE which was published in 1963. Interestingly he argued against student loans on the grounds that it would put off parents from educating their daughters. They would be seen as ‘a negative dowry’!

The Save the Women’s Library campaign has belatedly been trying to organise against this move and combining with the Feminist Library, which is another more literary set of resources independently housed in Westminster Bridge Road. The campaign is vigorously opposed to the LSE move and aims to save the building of the library, claiming that the site at Old Castle Street is more appropriate as that is where the original suffragettes started. This is ironic really, as there were suffragettes all over the UK, especially in Manchester. There is indeed a question about the building and the inappropriate use of resources and even more the curtailment of resources for feminist work in times of austerity. It seems to me however that this is the key issue, not whether or not the building is the most important facility. It is why a library unique of its kind is one of the first resources to be cut in a recession. Instead of in-fighting amongst feminists, and pro-feminist men, we should be arguing for the preservation of this vital and wonderful resource. LSE may well be a more long term and secure place than London Met but why is there not Government backing for this resource, wherever it is housed?

One thought on “An Update: The Women’s Library”