The Feminism Society at Blackheath High School GDST organized and led an assembly session for their student body in January 2016. Facilitated by five Sixth Form student members of the Feminism Society, the presentation opened as member Elizabeth asked her peers to raise their hands if they had ever experienced any of the following:

This introductory activity was a way for students in the audience to recognize contemporary feminist issues in their very lives, instead of relying on stereotypical images and notions of feminism. Elizabeth continued her portion by reviewing statistics on the lack of female representation in politics, arts and film, journalism, business, as well as drawing attention to the “more than 85,000 rapes and 400,000 sexual assaults [reported] by women per year” in England and Wales.

After reviewing these definitions of feminism and intersectional feminism, three students shared their personal experiences and perspectives. Saina spoke about “misogynoir,” misogyny towards Black women, highlighting the sexual and body image double standards that Black women face. To her, intersectional feminism was a way to “discuss the issues that continue to put us at a disadvantage in society and thus help us to recognise the systems that shame female black bodies.”

Freya then presented on feminism and fashion, pointing out the hypocrisy of how men dominate the majority of leading designers while the modeling world continues to be a female arena. The lack of diversity amongst models who represent top fashion houses remains a problem, as “the proportion of girls and young women aged 11 to 21 in the UK who think women are not portrayed fairly in the media has almost doubled since 2010 to 48%.”  In the fashion and beauty industry, Freya explained, “Women of all races and body types need to feel empowered and beautiful, so they can stand a chance in competing in what is clearly still a male dominated arena.” 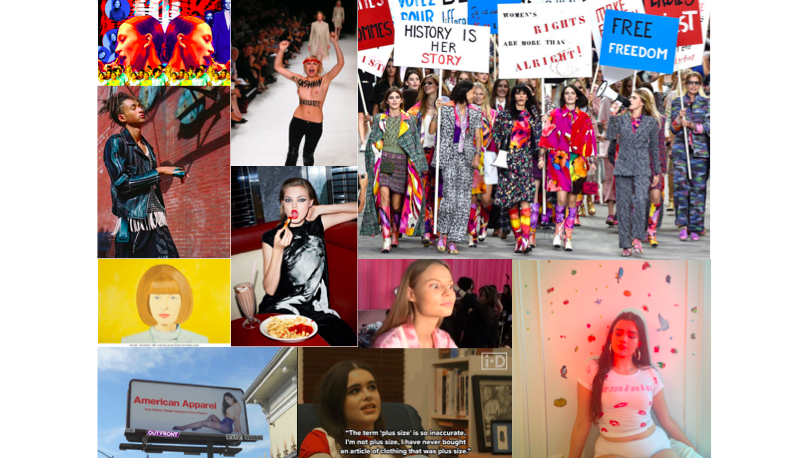 Aftewards, Fairuz spoke of the merging of her Muslim and feminist identities and the general misconception that these cannot exist in harmony. She shed light on this misunderstanding, stating that the wearing of a hijab was often incorrectly perceived as an oppressive force rather than as a woman’s personal choice to practice her religion. Fairuz also pointed out that it is often neglected that “many majority Muslim countries have produced several female heads of state and prime ministers such as Benazir Bhutto in Pakistan” and how feminism “is believing every woman has a right to do and achieve what she wants, out of her own choice.” Regardless of a woman’s belief system or what she wears, “the umbrella of feminism should include everyone.” 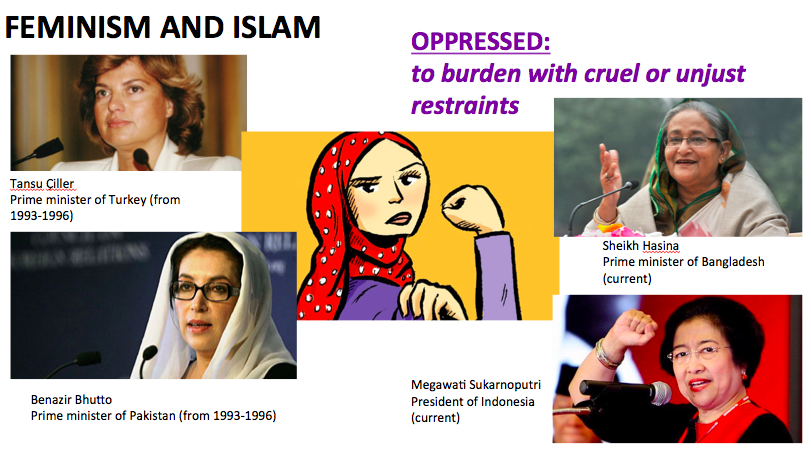 Chloe closed the presentation by speaking of the great strides teen feminists have made all over the world—that age is no limit to being a feminist and making a difference. Jessy McCabe was a GDST who campaigned to include more female composers on her music A level course after she realized that out of 63 composers covered, no women were included. In turn, another British A level student was inspired to start an online petition against a pending decision to remove the topic of feminism from the politics A levels, feeling “as though removing the feminist movement from the course essentially erased women and their significance from political history.” She was able to get 50,000 signatures and through these combined efforts, feminism remained on the syllabus. Chloe also mentioned seventeen year old Alexis Isabel from Mexico, who started her feminist activism on Twitter and now runs the website “Feminist Culture.”

In short, the members conveyed the message that feminism is for everyone and it is a way to make essential political changes in society. Before Elizabeth invited her peers to join their Feminism Society, Chloe ended the assembly with these powerful words: “To put it simply, the feminist movement gives a voice to women everywhere, including teenage girls just like you and me.”