It seems that the e-word as in equality, equity or equal opportunities, is fast going out of fashion, to say the very least, under this UK Coalition Government. It is being replaced by another set of e-words such as earning, economic, employment but not education (or learning) just as the f-word has morphed into fees rather than feminism. Perhaps, after all, this UK Government finds all forms of ‘egalitarianism’ threatening.  David Willetts, (English) Minister for Universities, launching this Government’s new social mobility strategy in June 2011 asserted that feminism had trumped egalitarianism. To redress the balance he wanted to deal only with male inequities in terms of differences between privileged and poor people in access to higher education and subsequent graduate employment.

The Government has recently been consulting about what to do with regards the various equality duties, recently enshrined in the Equalities and Human Rights Act 2010, enacted by the last New Labour administration, but only implemented under the Coalition in October 2010. As with other austerity measures, the ‘e-word’ is fast being reduced and rendered redundant. For example, the last-ever meeting of the Equalities Forum hosted by the General Teaching Council for England (GTCE) took place on Monday July 4th. In the bonfire of the quangoes, set alight last Autumn, the GTCE was proposed for abolition, along with various other educational organisations.

Over the last few years, the officers at the GTCE have been pro-active in bringing together various groups under this broad umbrella to press for effective implementation and evidence-informed policies. Equalities have been given a wide definition and the forum has included representatives from a diverse range of organisations including Ofsted, Qualifications and Curriculum Authority (QCA), Teacher Development Agency for Schools (TDA), UNICEF, representatives of teacher unions (including NUT, NASUWT, Association of School and College Leaders, Association of Teachers and Lecturers) Child Poverty Action Group (CPAG), GEA, Gender Identity Research and Education Society, Institute of Public Policy Research (IPPR), National Children’s Bureau (NCB), Refugee Council, Runnymede Trust, Stonewall and independent consultants.

An impressive amount of material has been brought to bear and collected from these diverse groups. Now the forum is no longer to be hosted by

or supported by the Government and all the GTCE staff are either being moved to new posts or being made redundant. New arms length professionals are in the process of being recruited to be the watchdog for quality assurance under new legislation currently going through Parliament. This is a very sad day for educational equalities and their intersection with diversity, including gender and ethnicity and preparing resources for schools and teachers.

Secondly, the recent white paper from the Government’s Department for Business, Industry and Skills (BIS) Higher Education: Students at the heart of the system (June 2011) likewise has air-brushed the ‘equality’ word out of its lexicon. There is no mention of the word throughout the quite lengthy document, although the detailed chapter headings – sustainable and fair funding; well-informed students driving teaching excellence; a better student experience and better qualified graduates; a diverse and responsive sector; improved social mobility through fairer access; a new fit-for-purpose regulatory framework – provide us with what are tantalising phrases.

Curiously, taken as a whole, the white paper provides no system at all, despite its title, but rather what Professor Sir Peter Scott calls a ‘mess’. It does not take forward all the recommendations of The Browne report 2010 on which it is based, although the key one of raising student fees has already been implemented, to start from the academic year 2012.  However, because universities and other higher education institutions (HEIs) exceeded expectations in their proposed fee levels for undergraduates, with the vast majority opting for the maximum of £9,000 per annum, the Government has found itself having to exert control over these fee levels. The white paper therefore proposes 3 different types of undergraduate (little mention is made of postgraduate students) linked to different types of university or HEI: namely top students, cheap students and the rump. (This way of stratifying students and universities was defended by David Willetts in a letter to The Guardian on July 7th, 2011).

These ‘groups’ are defined in relation to the institution and the type of student they may wish to recruit, rather than the fee they bring.  So in fact it is differential levels of fees that are at the heart of the proposals rather than students. Elite institutions such as the Russell group may continue to charge the originally proposed £9,000 p.a. so long as they aim to recruit the very best students as regards A levels, i.e. AAB. Indeed they are offered the carrot of more student numbers, with a total of 20,000 to bid for. Cheap students are those choosing to go to an HEI that charges under £7000 p.a. and here again inducements to HEI are offered to increase numbers of them. Finally, new private or further education (FE) institutions will be allowed into the marketplace although with limited numbers. Thus as far as students are concerned they are differentiated by HEI and by fee, although there is some attempt to continue with ‘fair’ access and widening participation.

A key chapter in the white paper, from the point of view of equity, is the one entitled:  ‘Improved social mobility through fairer access’ (pp 54-66). As an introduction to this chapter, a new definition of the target groups for fairer access 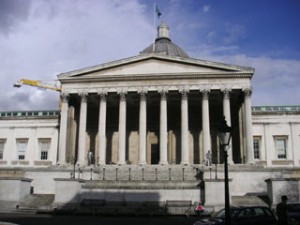 is provided. Instead of concerns about equity and diversity and widening participation, as in previous official documents in the 21st century, the concept of social mobility is revitalised. In the white paper, the government argues that ‘HE can be a powerful engine of social mobility, enabling able young people from low income backgrounds to earn more than their parents’.

However, this aim is set against the principles of ‘academic excellence’ or institutional autonomy. The two proposed definitions of social mobility are, however, severely circumscribed. On the one hand, the paper differentiates between (p.54) ‘inter-generational’ (the extent to which people’s success in life is determined by who their parents are) and ‘intra-generational’ (i.e. the extent to which individuals improve their position during their working lives, irrespective of where they started off). It can be ‘relative’, which refers to the comparative chances of people with different backgrounds ending up in certain social or income groups, or ‘absolute’ which refers to the extent to which all people are able to do better than their parents. As stated in the white paper:

‘Our focus is on relative social mobility. For any given level of skill and ambition, regardless of a person’s background, everyone should have a fair chance of getting the job they want or reaching a higher income bracket.’

We note the ways in which these definitions are both individualistic and focussed on earning rather than learning. There is a lack of concern with groups whether social class, ethnicity/race or gender. In addition there is no notion of learning underpinning these ideas but rather that HE is about access to graduate (and potentially high earning) jobs. So the tenor of the report reflects the protection of current forms of [white male] power, privilege and the assumption of access to easy employment through HE, without regard to the traditional values of liberalism and humanitarianism which used to underpin university education. Where have the traditional liberal values of HE as a site/seat of learning gone? David Willetts’ concern about [male] egalitarianism being trumped by feminism and how middle class educated women have taken working class male jobs is enshrined in these new definitions.

The term relative social mobility is in fact about individual mobility for poor and/or disadvantaged male students. These arguments about relative and absolute forms of mobility as defined on p.54 are also not adequate to the task of widening access or more pertinently participation to enable equity and diversity. There are no pedagogical arguments about improving participation in HE. Indeed, pedagogies get no mention at all and, of course, notions of critical or feminist pedagogies have been buried in a welter of words about markets, fees and earning.

It also seems unlikely that the new complex fee regime will deliver students its promise of higher paying jobs, especially given the economic downturn, and the fact that there is no necessary correlation between HEI and the graduate labour market. However, Simon Hughes, leader of the Liberal Democrats, was appointed as the Coalition Government’s advocate for fair access in spring 2011 and asked to report on how to ensure that ‘fair access’ could be sustained. His report, published in July 2011, contains 33 recommendations, a key one of which is that of encouraging poor students to apply to HE on the grounds that graduates earn £100,000 more than non-graduates over a lifetime.  However, this so-called ‘graduate premium’ is no longer evident in the research on widening participation or fair access to HE. Is this unethical to entice poor students into HE with false promises of better earnings without better learning?

It seems self-evident from this inadequate white paper that the Coalition Government, through both Simon Hughes and David Willetts, really do want a return to the days when [male] egalitarianism trumped feminism and gender equality rather than vice versa. Certainly there is no visible evidence of any commitment to gender equity let alone equality measures. The new e-word is earning in economically constricted times.