As a practicing middle school English Language Arts teacher and researcher in the Northeastern US, I am interested in the stories adolescents tell about their lives. To this end, my research in classrooms is ethnographic and privileges the stories girls tell about their experiences of being marginalized, silenced, and punished, often by other girls. One story in particular has resonated with me, and I have come to refer to this story as “The Story of the Sluts” – thus named, however crudely, because that is how the story was presented to me by the girls who told it. It all came about when Lily (a pseudonym), an eighth grade student, was meeting with me during a writing conference about revisions for a short story she was writing in my class. During this writing conference, it came out that a party had taken place the previous weekend. Lily explained that two of my other students, Melanie and Kelly, had gone ‘into the woods’ with two boys who also attended our school.

When the four rejoined the party, the boys raised their arms as if in victory and boasted to the partygoers that the girls had performed oral sex on them. By the time I was told the story, the entire eighth grade class at the school was talking about it despite the girls’ protestations that nothing had taken place during the fateful journey ‘into the woods’.

“Why would anyone do that?” Lily whispered, “It’s like the whole school knows they’re sluts.” And the Story of the Sluts was born. You can imagine my surprise and horror, and the action that followed. Was this bullying? Sexual harassment? Or something new? What about the fact that many of those promoting and retelling The Story of the Sluts were girls themselves? Was this girl-on-girl violence at its slut-shaming worst?

This isn’t an entirely new phenomena; Not too long ago, also in the Northeastern US, girl-on-girl rumour mills had a devastating effect: In January, 2010 and for months afterward, the US news was filled with stories of Phoebe Prince, a young girl in 9th grade, and her suicide, which followed months of bullying by a group of fellow students who were later charged with complicity in her death. In other news reports and opinion pieces, the students who had taunted Prince were described as ‘an evil brood of cruel teens’ (Szaniszlo and Crimaldi, 2010) and as ‘untouchable mean girls,’ who could bully with impunity (Cullen, 2010). Some months later, an article appeared in Slate magazine questioning Phoebe’s role in the ongoing situation at her school, a situation complicated by peer relationships, her own struggles with depression, and the interwoven lives of this particular group of kids (Bazelon, 2010). The author of the Slate piece, Emily Bazelon, faced swift criticism for moving the focus of blame from the bullying students to Phoebe herself, but Bazelon raised an interesting question that I am grappling with in my own inquiry into gender and shaming: how might we understand and begin to address how girls negotiate the social power they do have? What is the difference between perceived power and the realities of patriarchy? What can we learn from examining girls’ nascent understandings of the power they have, the power they lack, and the power they want?

Instead of creating and reinforcing the dichotomy of bully/victim, I think it might be more generative to explore how educators and other adults who work with early adolescent girls can work with and understand the complicated peer relationships that play out every day in classrooms and schoolyards across the US and internationally. 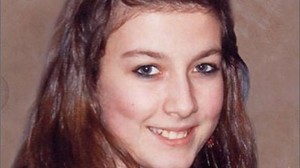 officials as states such as Massachusetts have moved to enact laws and criminal penalties against anyone engaged in a wide range of loosely defined bullying behaviors. The move to criminalize such behaviors resonates with many – certainly those involved in the Prince case – eager to find a party to blame, and equally eager to distance anti-social behavior from the collective image of the ‘good girl’ But what if we reframe bullying, per se: is it possible that such behavior is in reality not as much pathology as strategy? Could it be a savvy, though perhaps not entirely calculated, response to the girls’ desire to access power when so much power remains out of their control? Bullying could be logical, and about survival. Perhaps one way to re-vision the complex relationships between girls is to spend less energy defining them, and pay more attention to the contexts around the girls that define and constrain them. If we disregard legalistic categories like perpetrator, victim, bystander, and so on, we are left with girls themselves. Girls—even very young girls—have sophisticated understandings of how power works, how power creates material consequences, and how power often leaves people in pain in its wake.

For girls who participated in my research at a place I’ll call Garden Grove Middle School (a pseudonym of course), power operated on multiple levels to limit and constrain their lives. I was a teacher at the school during the time period of the party that led to Melanie and Kelly becoming objects of fascination and revulsion. When my colleague, Barbra, and I heard the “Story of the Sluts” and discussed the impact it must have had on a young person to be so vilified, we came up with the idea of starting an after-school Girls’ Group. This was to be a girls’ space to talk about their lives inside and outside of school, moderated by myself and my colleague. As the year progressed, the Girls’ Group began to counteract and question how young women and girls were treated and begin thinking about ways we could treat each other when happenings similar to the “Story of the Sluts” occurred. We sought to explore the ways girls are both of the targets of and participants in shaming, judging, and social cruelty. We also began to uncover the extent to which girls’ experiences of shaming are tied to female sexuality and objectification as well as social hierarchies. These hierarchies are often enforced by boys but perpetuated by girls.

One of the most useful ways to examine this pattern of enforcement and perpetuation might be through Foucault’s idea of surveillance. For example, girls are aware of types of surveillance that operates in many forms in their lives; it is a complex web that enshrouds the community, the school and its teachers, boys, and other girls. In interviews and personal conversations with students in our Girls’ Group, the dictum that “everyone knows everyone’s business” was repeated over and over again. And in many ways it was evidenced all around us: while the small-town feel of Garden Grove School creates a sense of safety, and the affluent community it serves offers a high standard of living, it normalizes the practice of individuals having intimate knowledge of one another.

Surveillance is also evidenced in the school’s dress code, which never mentions gender directly, but instead focuses on apparel typically worn by women: It waxes poetic on the length of skirts and shorts, the display of “undergarments and midriffs” and styles of girls’ shirts and the visibility of bra straps—all vociferously prohibited in a dizzying array of legal specifications and subject to humiliating tests of virtue (one administrator actually measured the length of girls’ shorts by placing an index card against the inseam to measure distance from crotch-to-hem, a violation par excellence). While the stated purpose of the Dress Code is to ensure that ‘the manner in which students dress shall not be distracting or disrupt the educational process,’ the end result is that one’s clothing choices are monitored by not only the eyes of one’s peers, but also the watchful eyes of school administrators. 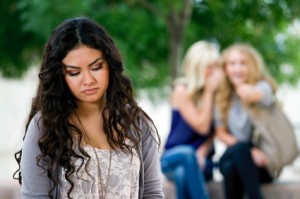 Finally, this feeling that one is being watched becomes most prominent when looking at how girls experience the relationships with male peers. At one Girls’ Group meeting, girls defined popularity as being appreciated and approved of by boys. Boys then become arbiters of what makes a girl popular and sanctions certain girls over others.

At the same time, the boys I interacted with at Garden Grove understood this power and had some cognizance of how they might wield it. Girls at an early Girls’ Group meeting asked us how they could prevent male friends, and others, from simply taking their belongings; boys frequently dug into girls purses or backpacks, looking at cell phones for numbers or texts, or exploring girls’ personal belongings with relative impunity. I was shocked to find that none of the girls in the group felt they had a right to personal boundaries, or the right to enforce any personal boundaries with boys, including but not limited to telling them to not touch their personal property. Instead, girls described feeling ‘uncomfortable’ telling a boy to keep his hands out of her bag. They described that in setting limits with a boy they would incur taunting, which would then make the situation worse.  So, it was easier to just acquiesce to violation. The difficulty in setting personal boundaries became even more fraught for girls who described the sexual harassment they faced at school. One girl explained the problem to me, saying [boys]

The girls were aware that not only are the boys watching them, but the boys have a kind of territorial claim over their bodies. The girls’ ability to speak out, to defend themselves is limited, because as Louise explained, ‘No, we can’t say anything. That will make it worse. Everyone will know who told and then everyone will talk about you.” The girls concurred: ‘They double-team you.  If one does it, and you say something then both of them start in on you. Like you’re the problem.” Indeed, resistance seemed futile.

But is it really? To follow Foucault’s reasoning, one would see one’s life as permanently altered and constrained forever by the relations of power constructed around you. Post-structural feminism argues that resistance is not only possible, but that it occurs in the every day moments of our lives. While resistance moves, like Girls’ Group, position girls closer to ideas of empowerment, the issue is really about how girls negotiate and renegotiate power and status. If girls are indeed trapped by the “guard’s gaze,” their complicity colluding with and reinforcing these power relations must be addressed. It would be nice, and simpler, to see these girls as victims, as innocent, so that supporting girls was easy and could be spurred on by a sense of righteous indignation. But the lives of these girls are more complicated than that. They are often both victim and perpetrator. For every girl who suffers the sting of hearing the word slut in conjunction with her name, she is quite likely to wound another girl in the same way. In this way the Story of the Slut lives on in different incarnations, a constant threat to ensure conformity and compliance.

Girls at Garden Grove Middle School have learned to accept the ways that surveillance, from the community, teachers, and peers, keeps an eye on all they do. This sense of being watched conditions how they dress, how they act in school, what they are willing to say, even if they are willing to speak at all. This sense of being watched has been internalized by girls, so they are in a constant state of “double consciousness” whereby they go about their daily lives, sit in classrooms and attend to the tasks of learning, but are all the while thinking about how they are being perceived and judged by those around them (DuBois, 2005). This sense never leaves them and has become so inculcated in them that the girls have internalized this sense that they must be on guard themselves against themselves for fear of being judged, gossiped about, insulted, and excluded. In the world of middle school, the hierarchies of popularity and acceptance feed directly into one’s feelings of self-esteem and self-concept.