Gender was clearly on the educational research agenda at this illuminating, innovative, international conference, organized by Dr Anjum Halai (Head of Research) and Dr Jane Rarieya (Head of Courses) at the Aga Khan University in East Africa. The shadow of the dangers of campaigning for girls’ education, as evinced by the case of Malala Yousafzai who was shot in northern Pakistan following her campaigns, hung over the conference. October 9th, the date of Malala’s shooting, will become a key ‘moment’ in the history of gender equity in education Dr Halai argued at the end of the conference. She saw possibilities as well as obstacles in this issue, arguing that it meant one could address community dynamics to create gender awareness in classrooms, enabling teachers who work with diverse families to notice implicit gender-related beliefs and practices in education.

The conference was wide-ranging as it covered Researching Gender: a critique of methodologies; Gender Equality in Higher Education & Management, and Gender Equality & Learning Achievement across the 3 days. There were about 75 participants who mainly came from East African countries. Many students from Aga Khan sponsored educational institutions also attended. We were told of how open-minded the current Aga Khan is, supporting especially girls’ education (from early childhood through to higher) and how major donors, NGOs and governments are currently committed to supporting gender and education research in the global south in order to achieve Education for All (EFA) and the Millennium Development Goals (MDG) by 2015.

All the plenary keynote addresses took place in Mandela Hall, a fittingly named room for the commitments to social and gender justice. The conference opened with a feisty presentation on gender, feminist research and education for liberation and empowerment by Dr Fatuma Chege, Dean of Education at Kenyatta University in Nairobi. She argued for a feminist inspired consideration of gender relations and issues in education, and not to forget boys and masculinities. Well-versed in feminist theories and methodologies, she set the overall tone for the 3 days of exciting debate and discussion. Parallel workshops then followed this opening provocation, and Dr Jane Rarieya presented on Gender Analysis Frameworks (GAF) for developing gender awareness in classroom practices. Peppering her presentation with cartoons and examples, she also used data from one of her M.Ed 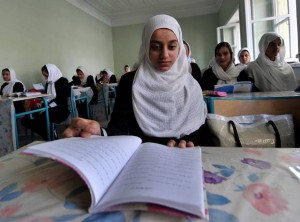 students exploring teacher practices in Science and Maths in secondary classrooms. This was an exemplary workshop combining discussion and dialogue with focus groups. Teacher practice in secondary classrooms in East Africa seemed to exemplify the traditional patriarchal views, despite gender awareness courses in teacher education. A workshop on feminist narrative analysis was led by me in the afternoon, with a discussion about the appropriateness of numbers versus stories in different policy and practice contexts.

The second day covered issues about gender equality in higher education and policy management, with a plenary presentation by myself and one by Dr Anna Obura, an international consultant specialist in equity in education. I argued that ‘the numbers game’ in education is not enough, given that UNESCO’s Gender Parity Index (GPI) shows that female representation in education (including HE) across the global north and global south, is growing rapidly. I argued for more than quantitative analyses and for changing ‘the patriarchal rules of the game’ to ensure better futures for women in academic, research and professional labour markets. Dr Anna Obura followed this with a very carefully presented case study of the Ministry of Education in Kenya, illustrating just how limited practices for gender equity in policy management were at the moment. She argued for more sensitive approaches and for continual vigilance in gender equity in management.

The international panel which followed provided numerous examples of both welcome and appalling practices across the region of East Africa and beyond, given AKU’s extensive reach. An example of early childhood development and education in Madrasas in Uganda was presented by a third-wave feminist from Canada on an AKU scholarship, followed by Professor Alice Kagoda who is Head of Education at Makerere University, Uganda. Her presentation covered the continuing difficulties of implementing gender equity given the ongoing resource constraints in Uganda. We also learnt about the strong organization of FAWE – the Forum for African Women Educationalists – which now has extensive networks and over 36 chapters and/or Centres of Excellence across Africa. With 4 strategic objectives, it aims to go beyond education in schools to influence policy formulation, planning and implementation. It also aims to build public awareness and to use demonstration projects across education.

Dr Joshua Mushkin, representing Geneva’s AK Foundation, presented an array of educational projects and argued for two ‘take-away’ messages. He argued that quality matters and that there is no quality without relevance and security. His argument about ‘security’ was fully reinforced by Dr Janvier Rugira who presented a harrowing case study of Violence against Women (VAW) from a study in remote parts of Tanzania. Whilst he focused on the mental health issues there are clear and critical educational issues to take forward within schools and teacher education.

The final day consisted of an excellent plenary on the development of ICT in schools from Dr Jolly Rubagiza of the Kigali Institute of Education, Rwanda. Issues posed by a lack of teacher sensitivity and by limited power and resources were highlighted. The conference ended with three excellent reviews and reflections on the cross-cutting issues of the conference and suggestions for future research and networking across both the global south and the global north. The idea of a biennial GEA conference in east Africa was mooted and, given the enthusiasm and excitement, it is likely that there will be a bid in the not-too-distant future, despite the obstacles and the lack of safety for girls and women within and across education.