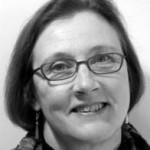 As a researcher, there are situations when some discussions with interviewees or colleagues start to tickle our brains and cry out for getting analysed and reanalysed. For me one such discussion took place in an interview with Salla and Kristiina, two high achieving working class girls in upper secondary school. They reflected that they are not worried whether they get their Masters but they are worried about remaining single forever.

Salla and Kristiina were two of the young people who I worked alongside for more than 10 years in an ethnographic, longitudinal, life history study on young people’s transitions that I conducted jointly with Tuula Gordon. We followed their first year in lower secondary school and then interviewed them at ages around 13, 18, 20 and 24. With Tuula, and also with Janet Holland and Rachel Thomson, I have earlier written some articles about young women’s educational paths.

Coming constantly across triumphal images of girls’ school achievement, and the celebration of gender equality in Finland, discussions with Salla and her best friend Kristiina have remained in my thoughts. I returned to their interviews and to my field notes and tried to understand the impact of gender in their paths to adulthood. How could I interpret their feeling that school and career success limit the options for heterosexual partnership for women in contemporary Finnish society?

In this article I focused on the life history of Salla because Kristiina had moved from Finland before the last interviews. I reread interviews together with the concept of ‘genderless gender’ that I have borrowed from Suvi Ronkainen and Kirsti Lempiäinen.  Genderless gender is created when hidden inequalities of gender and sexualisation converge with the gender neutral rhetoric of the individual self. Gendered structures, processes, cultures and identities are taken-for-granted and people are treated as persons in their own right, without gender. I used structural and individual understandings of ambivalence to analyse Salla’s tensions, when she tried to meet her own wishes and those of the Finnish context of genderless gender. I found ambivalences in relation to education; in relation to heterosexual partnership, career and family; and in relation to Finland as a country of genderless gender with the myth of gender equality.

Salla had experienced how boys have it easier at school, but her own experience was not powerful enough to challenge the dominant view on boys’ problems in school. Salla was aware of the gender difference in salaries but disapproved of peers who only thought of money. Even if she achieved well at school, she did not aim for a career. Even though she chose medicine, a respected field of study that’s hard to get into, and had to apply three times, her ambition did not point towards a career as a fashionable surgeon, owner of a private clinic or researcher, but rather towards working in the future as a physician with the poorest, the oldest and the most sick in the public sector.

I concluded by pondering how gender and sexuality are constructed in the level of social structure, through cultural distinction and through every day practices, but also at the level of the self. When I reflected on the narrative of Salla I got the impression that heterosexual desire also is important in the ways that the gender imbalance is accepted as taken-for-granted in the plans, dreams and actual life trajectories of young women in Finland, a country of genderless gender.

Writing this article was enjoyable. Memories from Salla and the other young people returned to my mind and I felt gratitude, once again, for the privilege of having been able to follow their growing up. I also want to thank Gender and Education for publishing this article, the reviewers for their very helpful comments and the editors who invited me to write this blog. I hope that readers will find Salla’s path to adulthood as fascinating as I did.

Elina is the author of Female Paths to Adulthood in a Country of ‘Genderless Gender’ which appears in Gender and Education 24.1 (published January 2012)