Reports from across the world last week were claiming that we are no longer facing a gender gap but rather a gender chasm. Drawing on a new ‘gender gap’report these articles claim that even though a number of countries see more young women going to university than young men, it is men who tend to end up faring better in employment (rising to higher levels of seniority and earning more than their female counterparts).

This was found to be particularly the case in the UK, a country that has been ranked 33rd by the report. Despite being highly ranked for educational attainment the UK still falls behind a number of other countries including the US, the Philippines and Mozambique when it comes to employment.

Not surprisingly it is the Nordic countries that come out on top in the report (as they have done in several recent reports, including a recent World Economic Forum report). Iceland, Norway, Finland and Sweden are all cited for their practices of equal pay for women in senior positions and for their government policies which encourage women to return to work after having children.

However, the UK isn’t the only country to be ranked poorly in relation to employment. Reports from the US and Australia were also relatively negative last week. Whilst the US fares better than the UK in relation to the number of women in the workplace it does less well in terms of political power (i.e. women in senior political positions). A report in ‘The Australian’last week also makes for a dismal read, claiming that even despite Australia’s buoyancy in the recent years of recession and their high levels of educational attainment, the gender gap has increasingly widened over the past six years, with a number of areas (political power, economic participation and health and survival) moving steadily down the scale.

Many feminists in the UK (and no doubt elsewhere) would argue that it is high time that these figures were reported on and explored in some more detail. In recent years a number of girlhood studies scholars have attempted to draw attention to the problematics of girls’ academic achievements (not claiming that they are problematic in and of themselves but that the issue lies in the way in which they are often treated unproblematically , see for example Ringrose 2007, Francis et al 2009, Renold and Allan 2004, Jackson 2006, Mendick 2005, Allan 2010). Scholars like Valerie Walkerdine and her colleagues also reported on similar 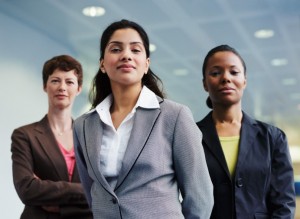 employment figures some time ago, claiming in their 2001 book ‘Growing up Girl’ that girls’ educational successes do not lead to easy victories in the workplace.

In a world that still seems so obsessed with ‘failing boys’ it has been hard to shift the balance or the focus of these discussions. And with these latest reports still seemingly focusing simply on the numbers of women in work or positions of power, rather than asking questions about which women and which structural or cultural barriers still remain, it would seem that there is still some ground yet to cover.

A helpful quotation from Sarah Maddison (an Australian Research Council Future Fellow based in the School of Social Sciences and International Studies at the University of NSW) contained in the ‘The Australian’ report suggests that some academics have been able to make this point publicly:

“When you look around the world, it’s evident that high educational achievement is a predictor for better economic, political and workplace participation. If that’s not happening in Australia then we need to look more broadly to our culture that is preventing fuller participation.”

Research from the University of Exeter has also made the headlines in recent months. These researchers have extended the metaphor of the ‘glass ceiling’ (a metaphor that has commonly been used by feminists to describe the very real barriers that exist for women in attaining ‘top jobs’ or positions of seniority) to that of the ‘glass cliff’ (which they feel highlights the awkward and near suicidal position that women are placed in if they take up these senior roles, Ryan et al 2007).

The question remains as to how seriously such research will be taken by the Government. Getting girls into work may be a good aim (one reflected in recent reports about the Equalities Minister Lynne Featherstone backing the ‘jobs for the girls’ campaign). Attempting to get girls into the electrical industry (an industry that is reported to hold great interest for many girls, where they feel they would be able to learn a trade for life and where very few young women are currently based) also represents an interesting initiative that may be a turn up for the books.

But can simply offering more opportunities through an apprentice academy achieve these aims? Experience (stemming from years of feminist research in this field) would say no. But only time will tell if the Minister can meet the additional aims of breaking down stereotypes and addressing wider cultural barriers in order for girls to achieve equally in employment as they do in education.