This month the UK newspapers have been awash with stories about the (supposedly) ever-decreasing ‘gender gap’. Indeed, several key reports relating to equalities issues have been released in the past month, all of which have been discussed at great length in the British media. Of greatest international significance, perhaps, have been the reports surrounding the progress made against the millennium development goals (a set of goals which were proposed by world leaders back in the year 2000 and were revisited last month as these leaders returned to New York for the UN summit, Singer 2010). Although a number of scholars have pointed to the fact that the success of achieving these goals has largely been attributable to moving the goalposts, the positive news reported last week was that gender parity in education was being achieved and in ways which had substantial effects upon the ability to reach other goals (e.g. infant mortality rates).

The recent World Economic Forum report has also been cited in a number of these newspaper articles, where the focus has been upon the positive moves which are reported to have been made in relation to the ‘gender gap’. Indeed, the WEF report states that the ‘gender gap is narrowing across the globe’, with ‘large parts of the world moving towards greater equality’.  Nordic nations are still believed to top this list, with Iceland being rated the world’s best nation for gender equality.

However, the ‘good news’ of these international reports is not continued in the recent national reports of equality and fairness in British society. Indeed, last month the recent Equality and Human Right’s Commission report, which looked into how fair Britain has become, stated that many inequalities remain entrenched and that a number of barriers still exist. The report also makes suggestions as to the ‘five great gateways to opportunity’ which may help to overcome these inequalities. One of these gateways is, quite unsurprisingly, education.

Although the report focuses on many issues in relation to education it is interesting how it appears to (once again) clearly refocus our attention on the (under)achievement of boys; the report suggesting that, more than ever before, it is boys who are failing. As one Guardian article (Asthana 2010), citing this report, states:

‘By the age of five, 53% [of boys] had reached the expected level in writing compared with 72% of girls. Next they underachieve at GCSE, failing to go in such large numbers to university; when they do, they are less likely to gain a 2.1 or a first.’

It is over ten years since Madeleine Arnot, Gaby Weiner and Miriam David (three GEA members) wrote the influential 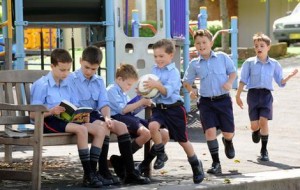 book ‘Closing the Gender Gap’ which sought to discuss a number of these issues. It is also over ten years since a number of GEA members worked together to produce the edited collection ‘Failing Boys?’, a book which sought to address the panic which surrounded boys’ achievements at that time and to raise critical questions about which boys were failing, at what stage in their education and according to which set of criteria.

In the years since, there have been numerous publications, many from longstanding GEA members who have also attempted to join in this debate. These include authors who have questioned where the girls stand in these debates (e.g. Benjamin 2003, Mendick 2005, Allan 2010 to name but a few; see our resources sections for further listings!), those who have questioned the so-called ‘feminisation of the primary school’ and the role that teachers play in this process (e.g. Francis and Skelton 2001, Skelton and Read 2006) and those who have critiqued the notion that all boys are failing (e.g. Archer and Francis 2005, Reay 2002). In recent years we have also seen the publication of the DCSF Gender Agenda ‘Mythbusters’ document, which draws upon a raft of recent research evidence to address many of the myths that still surround boys in education.

But it seems that, a decade on, the figures generated in these recent reports have further fed this panic and the boys have come to the fore once again (that is, if they ever left!). A recent Guardian article, for example, cites one educational psychologist who believes that boys are disadvantaged at school because they are less able to sit still than girls and because they are lacking an interactive and exciting curriculum (one where they are able to learn more about nature by getting out into the world in order to collect spiders and worms, an environment where it is felt that boys thrive).

Other newspaper articles written this month have also focused upon the report generated by the Independent Association of Prep Schools which claims that there has been a significant turnaround in the figures relating to the popularity of single-sex boys schools. In previous years, the report claims, many parents have avoided sending their sons to all-boys schools, wishing instead for them to be educated alongside girls who will act as ‘natural caretakers’. This year, however, the report suggests that these figures have considerably changed as more and more parents are choosing a single-sex school for their sons in the hope that there will be more chance of a ‘boy-friendly’ curriculum and more positive male role models on the teaching staff.

When we read that the latest UK Education Minister,  Michael Gove, is claiming that there is a need to bring back a ‘Dangerous Book for Boys’ culture in schools, we may be left wondering what the future holds for British schooling and for scholarship in the field of gender and education. Admittedly, Gove’s comment was made in relation to health and safety in school, rather than in relation to male underachievement, but the ‘poor boys’ discourses (Francis 2006) still appears to dominate our discussions and much of our current teaching practice.

How do you feel about these recent reports? Does the situation in the UK resonate with what is happening further afield? Add YOUR comments on this issue to the discussion board below. Many of these questions will be addressed in the keynote speeches and papers presented at the Gender and Education Conference 2011: for more information about this event, please see our featured stories on the Exeter 2011 conference.