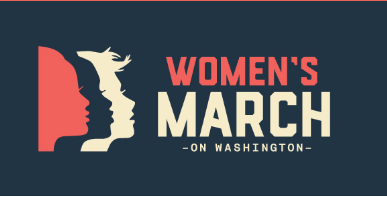 The Women’s March was a worldwide protest on January 21, 2017, to protect women’s rights and protest at the injustices evident in areas such as immigration, health care, reproductive justice, LGBTQIA rights, rape culture, labour and worker’s rights and racial injustice. The marches were aimed at the recently inaugurated POTUS, Donald Trump who, in his public statements, policies and positions has made his anti-women stance clear.

Over 5 million people participated in the marches, in locations such as The United States, The U.K, Germany, Paris, Denmark, Japan and Spain. Celebrities such as Rihanna, Madonna, Miley Cyrus, Emma Watson and Ariana Grande were in attendance at some of the protests and the media coverage was wide, rendering this one of the most successful marches in history that  aimed to unite women and send a message of strength and solidarity. GEA members also took part and over the next few posts we will look at their individual experience’s and analysis of the event.

*if you would like to contribute to GEA with your own experience of attending a march, please get in touch* 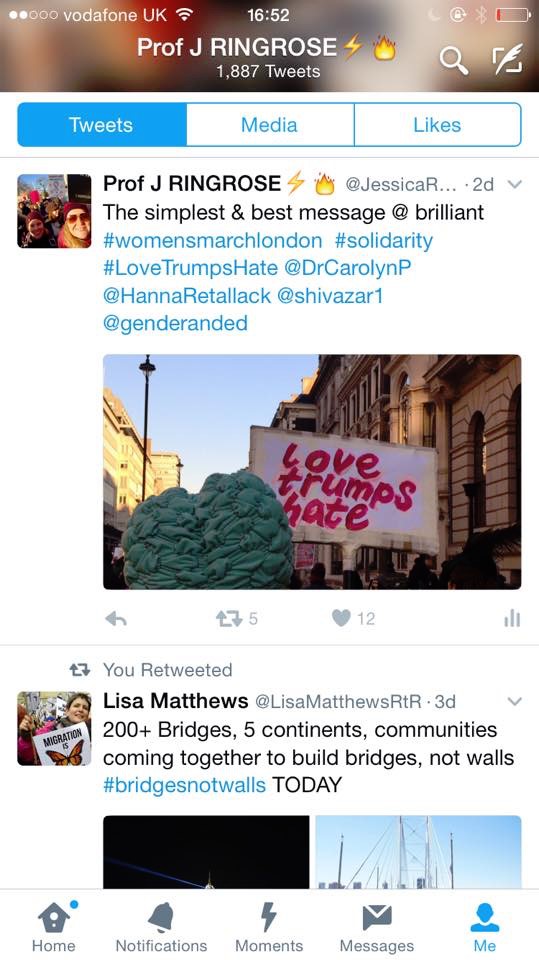 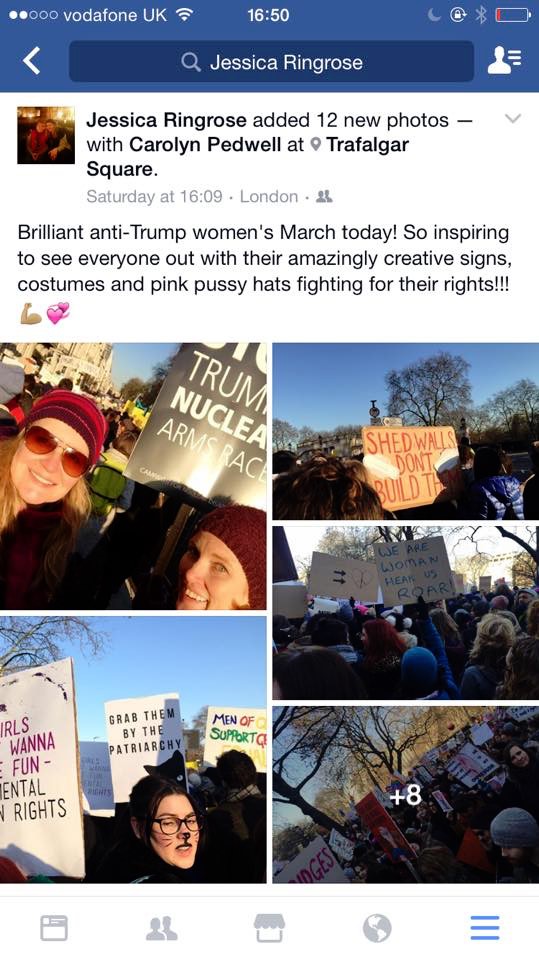 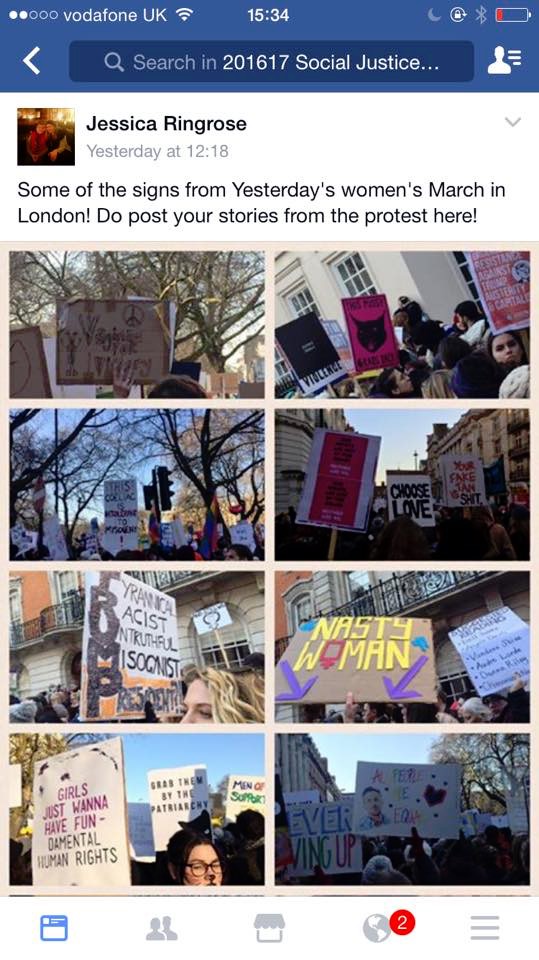 The London march was inclusive and participatory, with 100,000 people marching! Responding to the march the day afterwards on Facebook I enthused:

It was incredible to march with 100,000 people on London yesterday but next time we need MILLIONS!! My best moments were hearing the energy ripple through the crowd as screaming went in waves up and down long roads packed with protesters. We were with the good/cool people all together as Carolyn Pedwell said and it was like we were lightbulbs getting recharged with hope in these tough times. I especially loved seeing so many men on the March and the moment I hold in my heart is the young guy carrying his ‘her body her choice’ sign around Waterloo as we caught our trains home. Many more thoughts to percolate but marching is still one of the most powerful and important forms of solidarity and contagious consciousness raising around! ?

In the wake of the Global Marches questions have been raised about the possible racism and trans-phobic messages of a woman’s march with the dominant symbolism of ‘pink and pussy’. Elizabethe Payne’s, founder of QuERI Queering Research in Education Centre and Director of posted on the importance of women’s craft and foregrounding women’s bodily organs for all to defend: 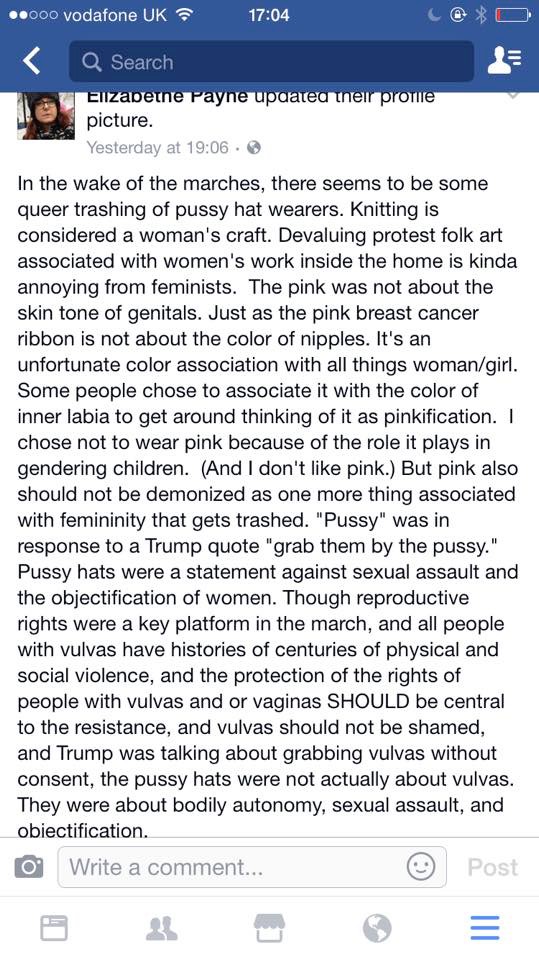 Of course, Women’s organising has always been a struggle that involves conflict and negotiation over space, place and participation, and it is understandable that a single march is not going to overcome structural economic and race barriers in USA or across other global contexts. Many questions were raised about making the marches more genuinely intersectional and I loved the sign from Washington DC that said ‘I’ll see you nice White Ladies at the next #Black Lives Matter March right?’. 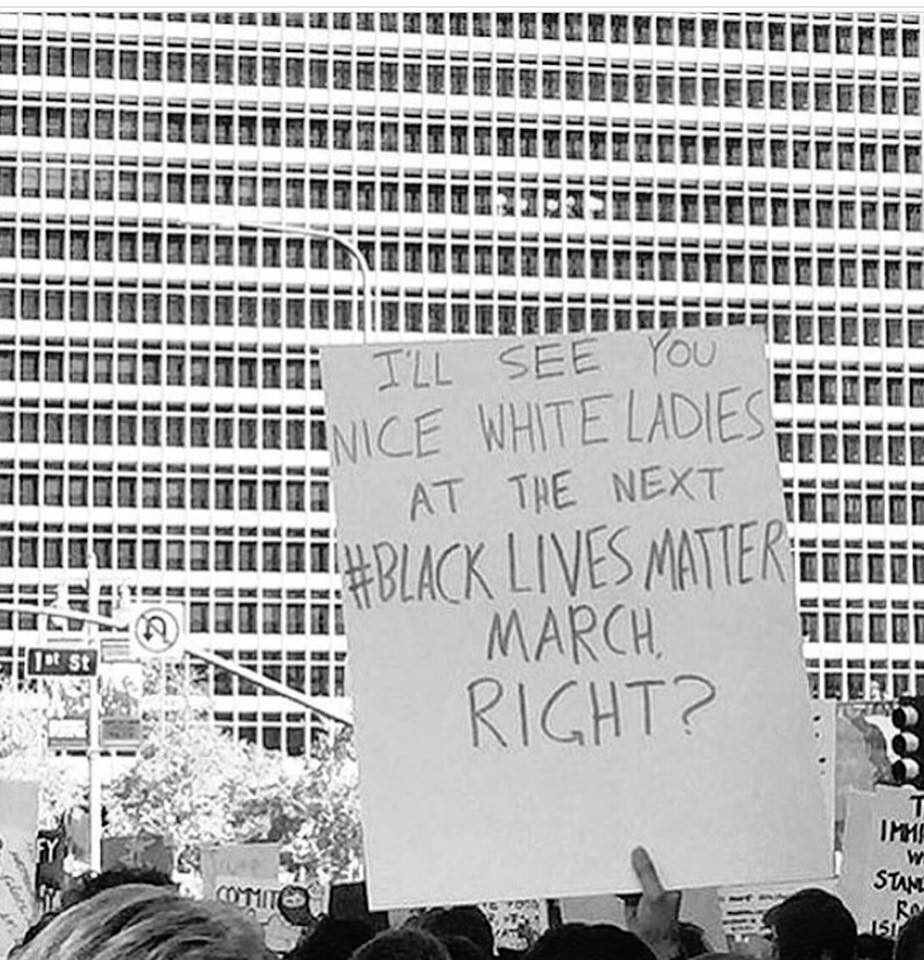 Moreover, one of the central images of the women’s march captures intersectionality in all its glory 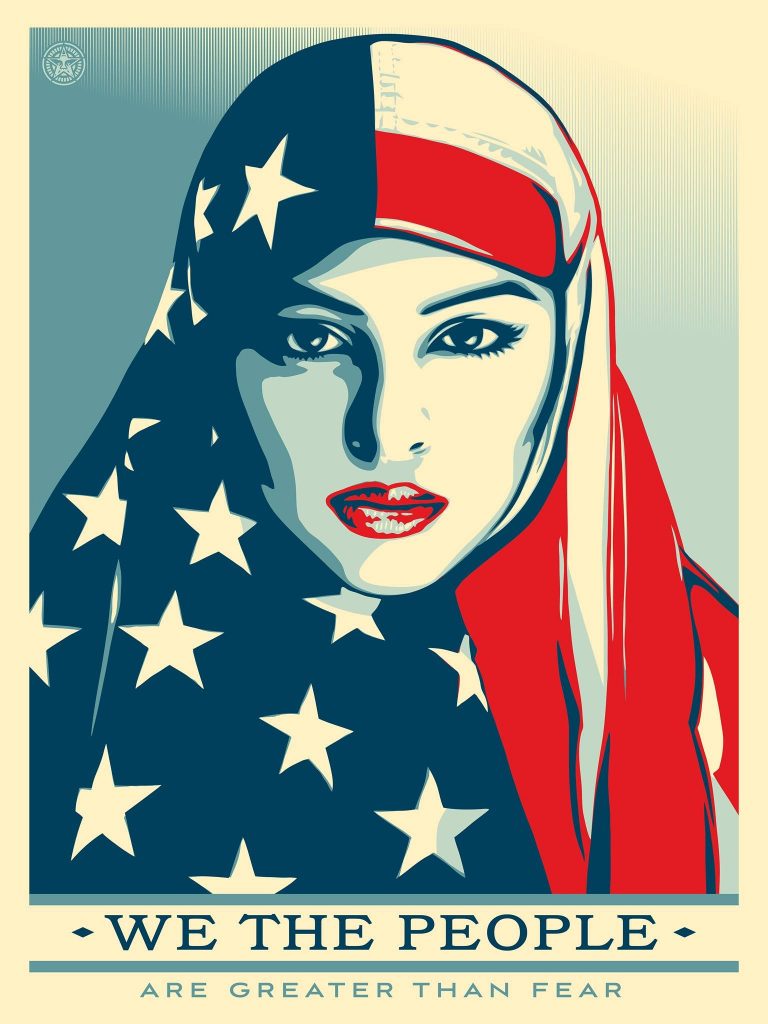 Art from ‘We the people’ is designed to “capture the shared humanity of our diverse America” https://www.kickstarter.com/projects/amplifierfoundation/we-the-people-public-art-for-the-inauguration-and

These images provide important starting points for discussing the fundamentals of intersectionality with your students and you can find an excellent set of tips on how  to build feminist activism that is more intersectional in Hart’s speech about the women’s movement http://gomag.com/article/important-speech-womens-march/ . Hart suggests we need to start with the “anti-black origins upon which gynecology was built… and starting with black pussy’. Using the  very materiality of body parts to start thinking about how a colour like pink can get coded as feminine, white and therefore white girly, is a way to get a discussion about gender going! It can help us grapple with intersectionality, positionality and identity in ways that recognize the power relations happening even within a protest march ostensibly for ‘all women’.