GEA Internalisation Exec Member, Emily Gray is up now to share her experience of marching in Melbourne. Don’t forget to check out our other stories on this issue; 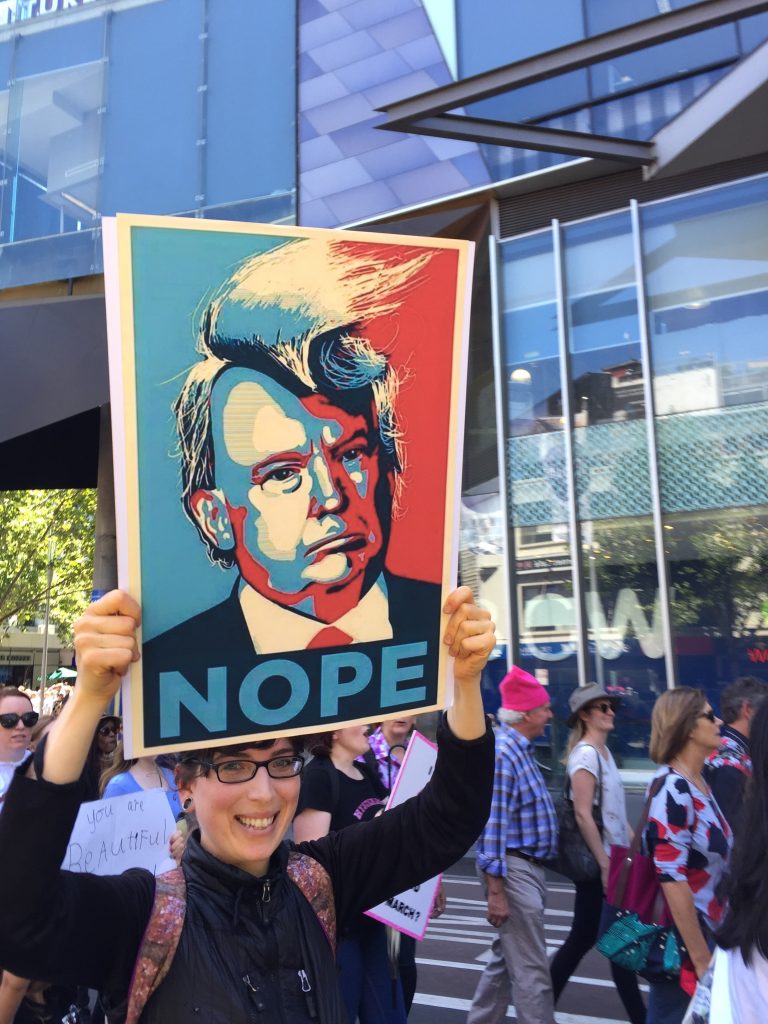 The backdrop to the women’s march in Melbourne was male violence. The day before, a man had deliberately driven a car into people in the centre of the city during a police chase, killing five. Before that, he had stabbed his own brother allegedly because his brother is gay and he “couldn’t handle it”. Such violent actions underscored the need to stand up and speak back, not only to Trump but also to our own people, to our own politicians. In Australia in 2016 71 women were murdered by violent partners, refugees rights continue to be violated at Australian offshore detention centres on Manus Island and Nauru, Indigenous children continue to be disproportionately removed from their families by social services and Aboriginal deaths in custody also remain unacceptably, shamefully disproportionate.  In addition same-sex marriage has still not been legalised and the One Nation party led by Pauline Hanson is gaining ground with their own brand of Islamophobia and post-truthisms and have “had it up to here with tolerance”. 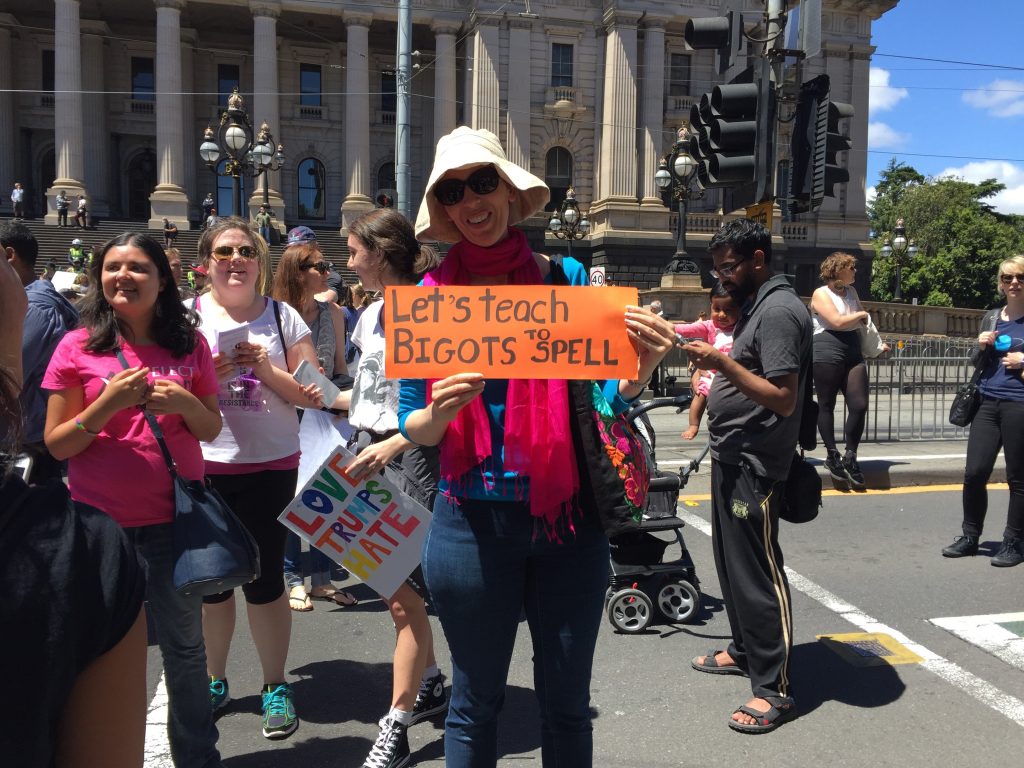 The Women’s March placed these issues at the centre, so that the 5000 strong gathering was not just about an angry, orange-faced man in a faraway place but also a chance to stand up to our own angry white men and women and to demonstrate that they do not represent us. 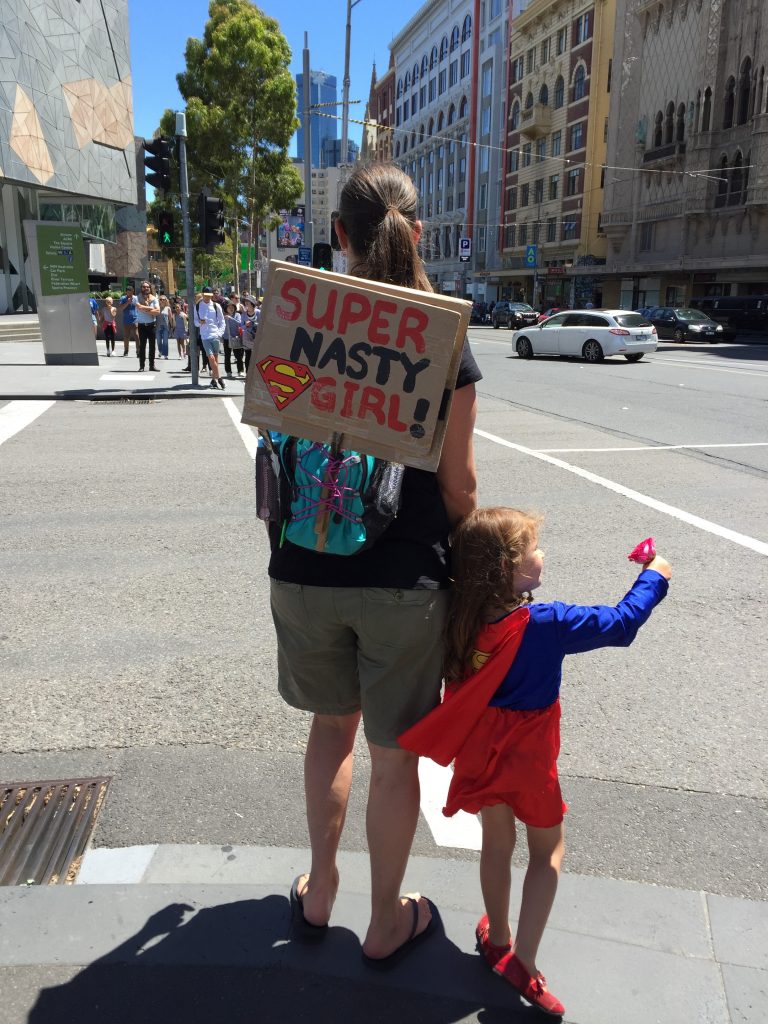 There have been numerous critiques of the women’s marches and of the exclusionary nature of them, that they are too white, too heteronormative, too middle class. We have to engage with these critiques and do better. In this moment, which feels so seismic I wanted to follow Lauren Berlant’s principle, “which is that you have to show up with whatever you have to fight the unacceptable situation”. 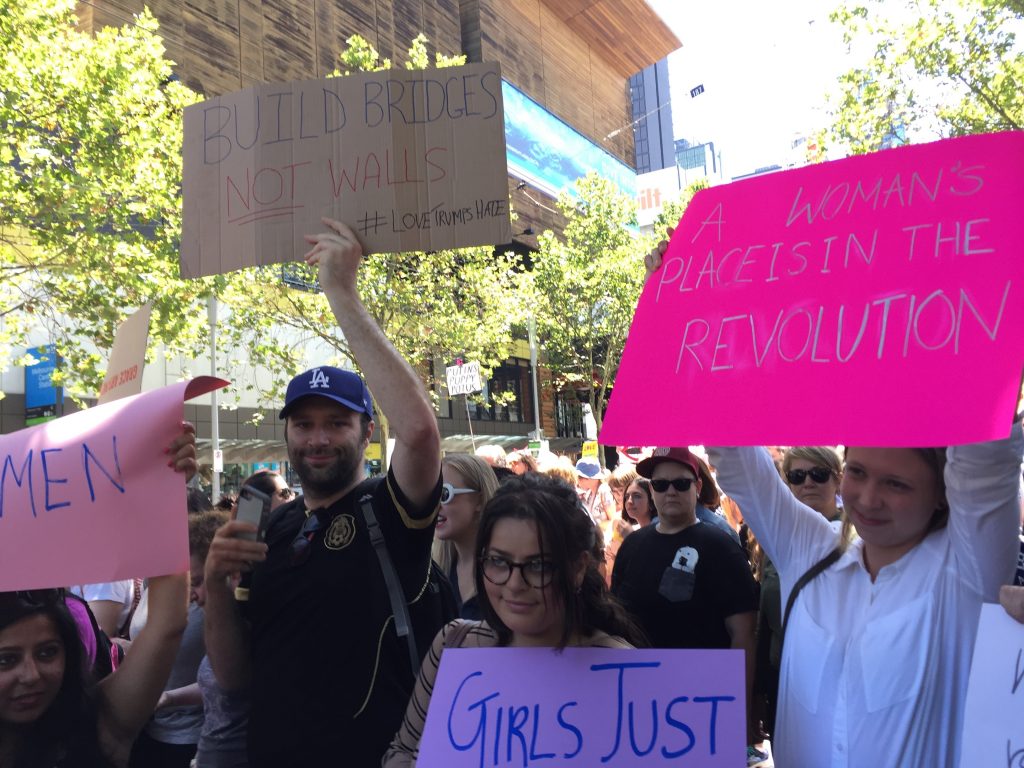