A Conference Report for GEA

At the end of last month I started my week with a colleague from Sussex University, a few of our new masters students and a trip to the CLF theatre in Peckham Rye. We were there to watch The Girls – a play based on the lives of the four young people who performed in the play. The play was set at a group counselling session in South London. Four young people turned up and waited for the counsellor who never arrived. And as they waited, London started rioting and as the news of the looting and violence poured in via their mobile phones, the on-stage drama followed each young person’s story – the mistakes they had made, the anger and pain they had experienced and the hopeless, stuck position in which they found themselves. This was a harrowing welcome to child hood and youth studies for the new students. As a youth practitioner and researcher I think I am pretty hardened to harrowing tales of young peoples’ sexual exploitation, domestic violence, neglect, hunger, gang violence, anger, loss and pain, but the raw emotion and hopelessness of this play still hit me hard.

My week ended at London South Bank University in rooms packed full of politicised anger and intellectual energy at the conference, Collisions, Coalitions and Riotous Subjects: the riots one year on. This was my opportunity to look theoretically and analytically at the kinds of lives, politics and emotions that had been so powerfully thrown at me in the South East London studio on Monday night. The conference was packed full of speaker panels and parallel paper sessions, with passionate debate and discussion squeezed in between. As I rushed off at the end of the day to catch a train out of London my head was pulsing from being bombarded with intellectual ideas, questions and critiques and from the repeated accounts of the increasing socio-economic inequality in Britain that is impacting on the lives and futures of the young people I work with and research. As I sat on the train I started to write this blog, the women next to me tapped me on the shoulder. She asked me what I was writing and I poured it all out; police community relations, racism, the demonization of young people and working class communities in the media, the logic of capitalist consumption and its fantasy of choice and freedom. I asked what she did; a buyer of luxury watches and her partner sitting opposite worked in the city. They were my train friends for the next few hours; companions whose lives seemed both intimately connected and worlds apart from the young people we had talked about at the conference that day, many of who were living riotously in the same “superdiverse” city.

That day at the conference I had talked to Teddy Nygh, director of Riot from Wrong, a documentary made by a group of 14 young people in response to the 2011 riots that they saw unfolding and devastating their communities. Enthused by the stimulating conference, I arranged with a few others who were there to go the following week to see the documentary at West Green Learning Centre, back at my old stomping ground where I had worked for years with young people. I invited some old colleagues – youth workers, Connexions PA’s and Team leaders – none of whom work in Tottenham anymore as they have now all come to form part of the 80% cut to youth and connexions services in Haringey. The documentary was followed by a lively, angry question and answer session with

Teddy Nygh and some of the young people who made the documentary. This was a space for the local community to reflect and to organise, to recognise the loss and injustice that Mark Duggan’s family and 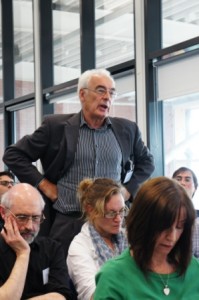 friends are experiencing and to acknowledge the creativity, talent and hard work of those at Fully Focussed Productions who have made this film and are continuing to work to get as many people as possible to watch the documentary and listen to their call for political change.

As well as working with young people and their families for an organisation that has survived the cuts, I am also a PhD student at The Open University. Sitting in West Green Learning Centre in Tottenham less than a week after the riots conference, I had a familiar bubble of anxiety about my PhD and that uncomfortable feeling that my research might not have anything to do with the ‘real world’ – with the young lives, the injustice, the passion, pain and violence that was documented at the conference, captured in the documentary film and powerfully enacted in The Girls. My PhD research sits within the fields of youth, gender and sexuality studies. It is an exploratory study looking at young peoples’ understandings and experiences of ‘good sex’ and sexual ‘pleasure’. The study is shaped by a body of feminist scholarship that has identified female sexual pleasure and desire as ‘missing’ from sex education policy, resources and practices and that calls for the inclusion of ‘pleasure’ into sexual health work with young people as a way of challenging unequal gender and sexual norms. My research aims to use the insights generated from young peoples’ accounts of their sexual relationships and cultures to both speak back to these theoretical debates regarding young peoples gendered sexual practices, as well as contributing to debates about the way forward for sex education policy and teaching practices. My research has been part funded by Brook, the young peoples’ sexual health charity, and has involved ongoing collaboration with sex educators to develop training and resources to support practitioners to deliver this complex and challenging work.

I started my PhD in 2009 – before the last election, before the local youth service I was working in experienced 80% cuts, and at a time when I believed that the New Labour government just might make its commitment to statutory sex and relationships education in all schools a legislative reality. Times have changed. As I watch the rise in anti-abortion protests and political rhetoric and read Simon Blake’s (CEO at Brook) blog last week on his trip to the recent Conservative Party conference, I am reminded of the changing political, moral and policy climate in which I need to situate my thesis and make my recommendations about a way forward for research and practice in relation to young peoples’ sexual lives, cultures and education.

The riots conference offered a space for documenting and examining current theoretical and political debates relating to young people and youth cultures in the contemporary moment. The conference showed how histories of events, individuals and communities can and are getting written and the role of research and spaces such as this conference, the screening at West Green learning centre and the play in Peckham Rye for intervening in these histories and creating opportunities for new forms of what Leah Bassel called creative forms of political listening. The conference offered a powerful critique of the suggestion by politicians and other public commentators in the wake of the riots that the riots were a series of apolitical expressions of criminality. Les Back characterised much of the public debate about the riots as ‘a text book moral panic’ and a ‘festival of stupidity’ with Theresa May MP and David Starkey given as two clear examples out of many of ignorance articulated with total confidence. As Les Back also cautioned however, it is too easy for us to poke fun at this ignorance, we need to think critically and sociologically about what was going on, and to focus, using Bauman’s minefield analogy, on the minefield and not the explosion.

From the conference panellists, speakers and audience members there was a strong sense of anger about the simplistic and ideological representations of the riots in the media and the way that particular social groups of people living in Britain – young people, white people, black people, working class people, working class parents – had been talked about publically by politicians and by journalists. In this effort to practice ‘public sociology’, speakers and attendees pulled these accounts apart and offered their alternatives. It felt like a collective cry of – we will not let you get away with telling that kind of story – the ‘broken Britain’ Charles Murray kind of story, as one participant remarked. As Clifford Stott pointed out– pathologising the riots is a powerful ideological discourse because it produces a particular solution – force, curfew and rubber bullets. Instead, Stott and several others argued, we need to look at the riots not as mindless or meaningless but as telling us something fundam 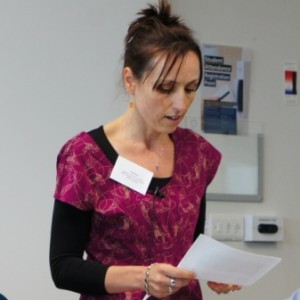 ental about the relationships in society.

The conference offered a space to document and share the stories and accounts of young people involved in the riots, the probation workers who handled the cases of those convicted in the wake of the riots, the mothers of those imprisoned as a result of the riots, Turkish shopkeepers involved in the riots, and the academics who watched their local communities on YouTube as they were looted, smashed and burned. Speakers and panellists emphasised the need to understand the riots in the context of ongoing tensions and inequalities – race and class inequality, strained police community relations, welfare spending cuts and changes in the youth labour market. There was a strong message that issues of social justice and inequality must be at the forefront of the debate and discourse about the riots. The theoretical tools that were thrown into the discussion, the overview of current political, media and policy discourses and the commitment to putting ‘real’ people’s emotional lives at the centre of these discourses provided me with a rich framework and toolkit to absorb, take away and attempt to speak to and consider how my research might engage with these debates and perform this kind of ‘public sociology’.