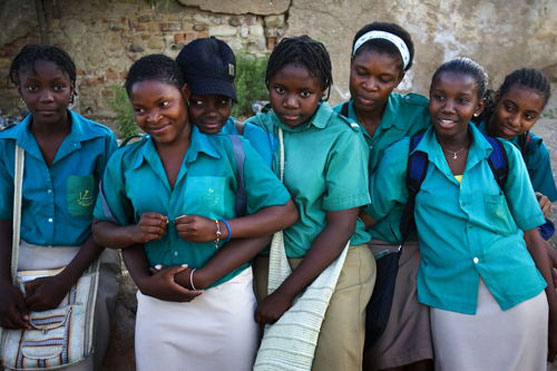 The cynic in me was not surprised to find that young women in Mozambique experienced sexual harassment in schools. I had thought carefully about this eventuality prior to setting out to Mozambique to gather data for my doctoral study on HIV- and AIDS-related education, and the possible action I might take if and when confronted with a situation such as this. What did take me by surprise was the extent to which the young men were put away as inherently unreliable. It seemed they were, to paraphrase one research participant not really worth ‘speaking about’. Young women and men appeared to be firmly stuck between a ‘rock and a hard place’. In a setting such as this, the potential impact of HIV prevention education seems rather questionable.

Around the world, the HIV epidemic continues to affect young people most. This holds true for Mozambique, and here too it is young women that are particularly affected. According to the Mozambican AIDS Council, prevalence rates among young women between 15 to 24 years of age in 2009 stood at just over 11 percent, whilst for young men in the same age group this was 3.7 percent. Not only are girls more vulnerable to infection, they often shoulder the burden of taking care of HIV affected family members or younger siblings when caregivers fall away. An important ‘victory’ in the response to HIV and AIDS in Mozambique is the increasing recognition of the extent of sexual abuse of young women taking place in schools. There is a lack of precise data but case studies suggest that 35 percent of primary school children have experienced sexual harassment. It goes without saying that this further heightens young women’s vulnerability to HIV in particular.

Statistics such as those mentioned above reveal the strongly gendered nature of the epidemic. I find that in and of themselves, they actually say very little, however. It was my fieldwork in Mozambique, during which I interviewed young women and men in the first grades of secondary school and their teachers, which really brought home the extent to which the epidemic is to be understood as gendered. As alluded to above, a key theme running through young people’s accounts related to the harassment they experienced at the hands of their teachers.

Young women spoke of how sexual harassment usually began when girls started ‘filling out’. Apparently the development of ‘breasts and buttocks’ was viewed as an indication that girls were sexually active, which in turn seemed to provide necessary grounds for harassment. One girl related being asked by a male teacher ‘why she had such big breasts’. Another mentioned overhearing two male teachers commenting to one another that she was ‘good for grabbing’, i.e. having sex with. Finally, learners spoke of teachers demanding sexual favours from female pupils in exchange for a promotion to the subsequent grade level.

Young men complained about male teachers referring to them as ‘crooks/thugs’. Female teachers, in conversation with me, made frequent reference to the (sexual) unreliability of ‘the Mozambican man’. ‘I won’t speak about the men’, one female teacher said to me, ‘seeing in Mozambique most children are raised by their mothers alone’.

These comments sketch some of the contours of gender relations in Mozambique and in my view, illustrate how critical it is to seriously address issues of gender when dealing with HIV and AIDS. Schools need to do far more to prevent and tackle sexual harassment and abuse. In addition, and equally important, ideas of masculinity and femininity need to be challenged. If young men are labelled as (sexual) crooks from the very start, what opportunities does this offer them to explore other forms of being ‘a man’? If young women are given the ‘choice’ between repeating a grade or agreeing to their educators’ sexual demands, what does this tell them about their possibilities for success other than as sexual beings?