The labels swot, ear ’ole, boffin, keeno, geek and nerd resonate meaningfully across generations of school-goers and echo through the terrains of popular culture. Our Gender and Education viewpoint started life as a conversation about our own research into how such identities are imagined and lived. We wondered: Has ‘the rise of the nerd’ meant that being a ‘boffin’ at school has lost its stigma?

We’d both taken different ways into the topic. Heather had analysed data on media images of geeks and on how school and university students navigate this geek position, as part of ESRC and UKRC funded studies of images of maths and mathematicians in popular culture. Whereas Becky had analysed data on boffins and their classroom positioning and experiences as part of an ESRC funded study of the gendered subjectivities of high achieving pupils.

The starting point for our discussion was a difference in position on the usefulness of viewing boffins as abject. Abject has been applied to a range of excluded groups from the prisoners at Guantanamo Bay to the English white working-class. The abject have “fallen outside the ‘human’ as it has been naturalized in its ‘Western’ mold by the contemporary workings of humanism” (Butler 2004, p.32).

Becky maintains that boffins are abjected from mainstream classroom networks and interaction, via being named as boffins, and their resulting ostracism, ridicule and bullying. Heather, on the other hand, worries about the application of abjection to boffins/geeks, because she sees this position as privileged in many ways: being applied to and taken up by largely white, middle-class boys and men, leading to the accumulation of qualifications and being valued outside of school within pop culture ideas of geek chic.

We mention a few examples of ‘geek chic’ in the Viewpoint such as the class ‘nerd’ arriving by helicopter to his school reunion in the movie Romy and Michele’s High School Reunion (1997). Now a millionaire, he absconds with the two heroines of the movie (to the appalled amazement of the high school jocks and popular girls). Since we wrote it there have been many more examples, including the acclaimed film The Social Network in which misogynistic geekiness leads Facebook founder, Mark Zuckerberg, to multi-billionaire status.

But this being said, there were working-class kids included among the pupils Becky studied, and some of these pupils (working-class or otherwise) were experiencing extremely uncomfortable school lives, being subject to ostracism, 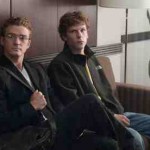 homophobia and bullying. This led her to defend the abjection conception. In the Viewpoint we attempt to reconcile our positions by exploring our different starting points – professionally and personally – and by looking at the ‘ownership’ of the label – is it something applied to you against your will or something you’re proud to be?

We also explore in detail the relationship of geeks to gender, social class and ethnicity. In the run up to Christmas, we both encountered geek artefacts. Becky came across a pack of cards titled Geek Power, an ‘ultimate battle card game’. Each card had a picture of a different geek and their ‘special skill’, ‘style’, ‘chances in the real world’, and so on. There were 21 cards representing male geeks but only nine female and one transgender card. And, while the names and language suggest these cards are of US origin, only Whites and East Asians are represented. However, Heather spotted a small book of male geeks also aiming for the Christmas market, which featured several African Americans, and surprisingly included ‘cool’ High School Musical star Zac Efron. Despite this example of a slightly wider definition of geek, White and East Asian males dominate geek images.

Our own discussions concerning the race, gender and class of boffins/geeks echo debates that were provoked post-Columbine in the US by an article by Jane Dark in the New York paper The Village Voice. In 1999 Dark wrote about the way that geeks mobilised across the internet after the high school shootings. Acknowledging the pain pupils experience at school “if you decide against— or never learn— the moves for playing along with the popularity game”, Dark noted the irony that: “the group stepping forward to take its rightful place at center stage in the drama of marginalization and oppression looks exactly like the big ballers and shot callers that identity politics developed in reaction to”. The article was controversial, and it was later revealed that Jane Dark is a pseudonym and the author is a White middle-class man who was a geek in high school.

Unsurprisingly, we had different responses to this piece. Becky found it fascinating, but disputed the assumption that geeks/boffins are middle-class males. There are female and working-class geeks/boffins and certainly many ethnic minority young people who occupy this position. Heather has more sympathy with Dark’s viewpoint, in particular, with the concerns that geek identity politics, which include analogies with the Holocaust, undermine the political claims of other groups, and with Dark’s fears that “the white guy has become the universal subject once again”.

We’d love to hear what other people think and hope that our discussion here and in the journal will provoke you to enter the debate.

Heather and Becky are co-authors of the article ‘Boffin and geek identities: abject or privileged?’ which appears in Gender and Education 24.1 (published January 2012)