It was the first day of school, and we were standing on the bleachers in the gymnasium, waiting for the seniors to make their ceremonial entrance.  I stood there with the ninth graders, craning my neck, trying to get a glimpse of the new senior class as they lined up in the hallway.  We show our respect by standing during the seniors’ entrance; they usually reward us by putting on a show while walking to their seats.

Suddenly they came spilling into the gymnasium and strolled haphazardly toward the bleachers on the far wall.  Immediately I looked for the muddy-booted boys.  In previous years they had entered the gym on piggy-back, hats on, cheering and pumping their fists.  But the muddy-booted boys in this senior class are far more subdued.  There are only two, and they made a much quieter entrance.  The hell-raisers of years past have moved on, leaving just two rebel boys with an enormous reputation to uphold.  They walked brazenly in front of our administrators, baseball caps on (a violation of the “no hats policy”), with smiles smugly on their faces.  What they lack in the way of creativity, they make up for by consistency.

Victorious, they climbed onto the bleachers as I smiled to myself.  Although I have often struggled with them over the years, it is strangely satisfying to watch them defy authority openly and get away with it.  The muddy-booted boys are legendary in our school.   While the seniors may be more subdued than usual, the underclassmen have rumblings of a muddy-booted resurgence.  To those who say the culture of Willis’ (1977) lads has become obsolete, I say, the tradition lives on.

Ours is a rural school with a mixture of working-class and middle-class students.  There is a subculture among many working-class boys in the high school which could be described as anti-authority.  Just as Willis’ (1977) described the lads, “There is an aimless air of insubordination” (p. 13) among many of these students.  Their opposition “is lived out in countless small ways which are special to the school institution, instantly recognized by the teachers, and an almost ritualistic part of the daily fabric of life for the kids” (Willis, p. 12).  The members of this group are easily recognizable; they

wear blue jeans, hooded sweatshirts, baseball caps, and muddy work boots. Students are forbidden from wearing baseball caps in school, yet this group persists in violating the policy which causes ongoing conflict with school administrators and teachers.  Their style is hyper-masculine; most of them play football, and they are very popular with girls.

Like the Willis’ lads (1977), they have retreated into the realm of the informal.  They live on the fringe of school rules, often defying authority.  This informality is a means of cohesion for them.  They find strength in numbers and gain notoriety through group membership. They are often disruptive in class in their attempts to entertain their peers and each other.  Much of their swagger comes from an inflated sense of confidence and pride in their physical abilities.  There is less value attributed to intellectual ability or academic success.

Rarely do these students excel at school; in fact, many struggle to make it to graduation. As an observer of these students, I wonder how society contributes to the marginalization of this group, how students’ identification and alliance with this defiant subculture is reinforced.   The group is a reflection of a larger working-class culture (Willis, 1977) “in which practice is more valuable than theory” (p. 56).  Perhaps there is a natural conflict between school and the working class; the very nature of school involves theory over more practical knowledge.  Willis argues that public schools (under capitalism) are a source of class conflict and of class reproduction.  Students’ defiant behavior may be a natural reaction to the school environment.

Certainly there is no deliberate attempt by teachers to discriminate against working-class youth.  Willis (1977) describes a basic institutional teaching paradigm in which the teacher’s knowledge and expertise are exchanged for students’ cooperation and respect.  This exchange is the basis for an educational framework which establishes teachers’ superiority.  The traditional teaching paradigm is supported in a myriad of ways including the architectural design of the school and its organization as well as classroom practices and procedures.  Each of these contributes to a message of student inferiority.

Differentiation is a process by which the teaching paradigm is diminished by working-class opposition to the institution (Willis, 1977).  Students challenge the authority of administrators and teachers.  Variations of the paradigm are designed as a result of student opposition; they reflect educators’ fear of differentiation and fear of the counter-culture gaining too much power.  For example, in one variation of the paradigm, educators attach moral values to participation in school, identifying a “right attitude” (p. 69) which students should exhibit in order to succeed in school and the 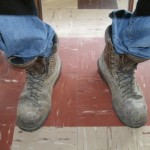 workforce.  As a result, improved student attitude becomes a worthwhile educational goal.  In another variation, expectations for non-academic students are lowered as a means of ensuring control with the justification that particular students are unlikely to learn or incapable of learning anyway.  Liberal and progressive teaching practices are also implemented in an attempt to engage youth in student-centered learning opportunities, but ultimately all of these practices are attempts to reinforce the traditional paradigm, one in which students willingly participate in the educational exchange.

The counter-culture gains strength when students do not value what the teacher has to offer and teaching becomes worthless to students.  In such instances, students view the paradigm as unbalanced and repressive.  When students do not buy into the legitimacy of the paradigm, they withhold respect and seek other means of fulfillment.   The basic paradigm excludes class from the school experience; “differentiation invites it in” (Willis, 1977, p. 72).  Differentiation is a shared experience for students involving elements of working-class values from the world outside of school.

Willis (1977) describes the hostilities that are exchanged between teachers and students once the paradigm has failed and relationships have completely deteriorated.  These hostilities are a source of great frustration for teachers; they undermine every aspect of student learning.  Teachers often take disrespect by students quite personally and react inappropriately.  The result is a painful downward spiral, one that is counterproductive.  Often, class does seem to be the issue:  a group of working-class students are struggling academically and may be outwardly defiant in school.  Sometimes teachers insult the intelligence of the group or make otherwise derogatory comments about them, thereby placing blame for the problem on working-class culture.  This sends a message that the working-class is inferior, further compounding the problem.  Often, students’ disrespect escalates further all the while working-class peers provide support and even praise for the marauders.  This type of scenario poses one of the greatest challenges to educators.  While extreme, it is a very real and contemporary problem in schools and one that threatens both students and teachers.  Once engaged in these types of negative behaviors, it is very hard for teachers and students to start again to build meaningful and productive relationships.

One means of handling counter-school culture is to “partially legitimize…the processes which it sponsors” (Willis, 1977, p. 84).  When educators make concessions for the group, conflict is minimized in school; it is one way to manage students and help them get through high school.  However, when school does not force students to conform, counter-school culture is strengthened. Teachers must develop strategies if they are going to find a way to interact productively with these youth.  Absolute rejection of their subculture is not a viable solution.

Willis’ (1977) description of how one student had “nearly driven… (a teacher) ‘off his rocker’” (p. 20) reminds me of my first semester teaching in a rough and tumble rural high school.  The previous teacher was rumored to have had a nervous breakdown.  “What am I getting myself into?” I wondered.  Sure enough, one group was particularly challenging.  The class was dominated by White working-class boys who proudly announced on my first day that they had put the last teacher in the psychiatric unit.  Laughing, one boy said, “We’ll put you there too.”  I was amazed at the camaraderie of the group, their callousness toward me even though we had just met.

I did successfully make it through the semester with that group, but it wasn’t easy.  I often wondered if I had made the right decision to enter the field of teaching.  I have been teaching working-class youth in rural high schools for ten years now.  Finding a mutually respectful way of educating these students has been a tremendous challenge for me; I have focused my doctoral research on working-class boys’ education.  I have seen evidence of each of Willis’ (1977) ideas as referenced above in actual classrooms including my own, and I have felt at times that I was ready to give up.  I am determined to become a better teacher and advocate for the muddy-booted boys.  It seems that sometimes we educators would like to be rid of them, as if they are unreachable, expendable, as if it is their fault that school does not work for them.  We know better.  They deserve better, and we can do better.

As Willis (1977) writes, “Any classroom situation is a complex combination of elements: acceptance, opposition, legitimacy, and the particular way in which the teacher inhabits the educational paradigm” (p. 85).  In schools with a large number of working-class students, I believe that the traditional teaching paradigm must coexist with an active working-class counter-culture.  I am committed to understanding the dynamics of this counter-culture and its complex place is school and society.  My ultimate goal is to realize ways that teachers can inhabit the educational paradigm while encouraging and empowering youth, offsetting the limitations of a broken system, so that working-class boys in rural high schools can succeed.