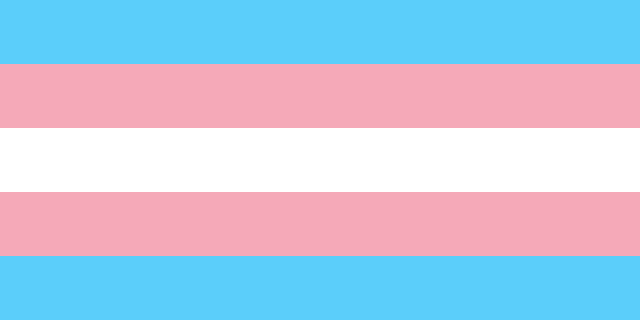 Amid the global Covid-19 pandemic and a wave of #BlackLivesMatter protests against police brutality, politicians are attempting to quietly erode trans rights. In May, the Hungarian government brought in a new law banning legal gender changes. This past month alone has seen Romanian lawmakers approve a ban on schools and universities ‘propagating theories and opinion on gender identity according to which gender is a separate concept from biological sex’;  the US remove federal protections against health care discrimination for transgender patients and the UK government leak plans to scrap proposed amendments to the 2004 Gender Recognition Act. Over the weekend, thousands of protesters in the UK responded by marching to affirm that #BlackTransLivesMatter and demonstrate against potential changes to the law.

Following the lead of our colleagues at the Feminist Studies Association, The GEA Executive sent a letter to the UK Prime Minister last week urging the government not to restrict either healthcare for young transgender people or transgender people’s access to free, public facilities. As feminist scholars and activists who work in centres for the study of women and gender, GEA is intimately familiar with the sustained assault against the rights of trans and non-binary people that was unleashed by the Gender Recognition Act (GRA) consultation. Despite 70% of responses to the GRA consultation welcoming the proposals, the government looks set to disregard this show of support in a move that is profoundly anti-democratic.

Along with the majority of respondents to the consultation, GEA actively supports trans and non-binary rights because we believe that all women and non-binary people should be supported to live their lives free of oppression, restriction and violence. We are deeply concerned by Liz Truss MP’s recent comments which appear to reflect a lack of understanding regarding the proposed reforms and the unrelated issue of medical pathways for trans young people. We urge the government to revisit the wealth of evidence that supports the proposed reforms to the GRA and reconsider their position.

In this blog our social media intern, Kate Marston, discusses the GRA debate and de-centring the focus on a small but influential faction of British feminism.

The consultation period on the GRA was very difficult for trans communities. What should have been a discussion regarding the removal of expensive, bureaucratic and dehumanising barriers to trans people obtaining a gender recognition certificate, became an extended and drawn out assault on trans lives and dignity as though their very right to exist was up for debate. Groups opposing the GRA were given high-profile platforms to scaremonger and spread misinformation about the proposed reforms, often employing hateful and cruel rhetoric. Negative attention in the press appeared to reinforce the harassment of trans and non-binary people in the street as transphobic hate crimes surged by 81% in 2018 – 2019.

Dr. Ruth Pearce details how ‘terrifying’ it was to be a trans feminist academic in 2018 noting that she was ‘scared about what might happen next, what violence might be perpetuated or excused in the supposed name of women’s rights’. Dr. Meg-John Barker also observes the significant impact that the ‘tsunami of negative press’ had on their mental health, expressing deep concern at the toll this would take on ‘younger trans folk who already suffer alarmingly high levels of distress and suicidal thoughts’.

As someone who has worked with LGBTQ+ youth for the past eight years, the lack of empathy and understanding along with the outright cruelty shown towards trans and non-binary young people was deeply disturbing. I saw young people I had worked with attacked in the national press simply for standing up for their right to access the changing rooms that aligned with their gender identity, in line with existing equalities policies. Efforts to paint transfeminine people as sexual predators bore striking resemblance to the moral panic of 1980’s homophobia against gay men.

Anti-trans protesters who self-identified as ‘feminists’ were given space to frame the debate as women versus trans people. Meanwhile, feminists who support trans rights were not only ignored by the media but subject to online and offline harassment from so-called ‘gender-critical feminists’ infuriated by their supportive stance.

In the summer of 2018, for example, my partner was targeted for delivering a programme of activities on feminist archival research for young people of all genders in partnership with the organisation TIGER (Teaching Individuals Gender Equality & Respect). A notorious anti-trans protestor – Posie Parker – signed up to a workshop (for young people) under a pseudonym and proceeded to verbally abuse the facilitators for their gender inclusive stance and tear down young people’s creative work. Luckily, no young people were present at the time. Parker went on to create a YouTube video that evening recounting her version of events with thousands of viewers seeming to delight in her trolling and hate speech.

Many GEA members will be familiar with these tactics which have temporarily driven colleagues off social media and derailed feminist events over the past few years. Yet it is stories of anti-trans protesters being silenced that continue to circulate in the mainstream media. Sara Ahmed observes how the ‘narrative of “being silenced” has become a mechanism for enabling and distributing some forms of expression’. The treatment of trans lives in the UK press has been dominated by a particular contingent of white women centring their own experiences, while the very few trans journalists that exist have been forced to withdraw due to the toll such hostility has taken on their mental health.

Writer and comedian Shon Faye observes that ‘the purpose of the debate isn’t to move the conversation on at all […] It’s to have the same debate again and again and again, almost as if that’s a strategy in and of itself, to keep us debating and to keep a question mark over every aspect of trans lives and rights.’ With this in mind, how do we de-centre the focus on anti-trans voices and build towards more trans positive futures? In a follow-up blog post, I begin to address this question by engaging with some of the fraught yet rich herstories of trans/feminist entanglements that tell a story of powers growing together.

‘I don’t think my sexuality would come into it at all’: Understanding Australian LGBT trainee teachers expectations – Dr. Kate Russell

Why gender justice matters for everyone – SJ Miller