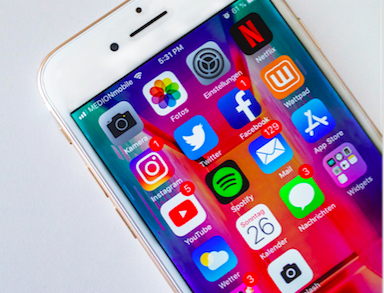 Despite what we might think, feminists use social media to try to understand different points of view and bring about social change, even when conflict can make it uncomfortable or doubtful that they will achieve their goals.

A recent research project conducted by Dr Akane Kanai and Dr Julia Coffey and funded by the GEA aimed to investigate how feminists listen across difference in an attempt to understand each other and resolve conflict. The research involved two workshops held in Melbourne and Newcastle where feminists of all ages and backgrounds came together to talk about how they experienced conflict in online settings like Facebook, Instagram and Twitter.

Online conflict has become something of a sore spot of late for many internet users, particularly feminists. Many participants mentioned that witnessing or being involved in feminist conflict was uncomfortable, made them doubt themselves and their beliefs and took a lot of “feeling work” to try and understand what they felt.

So many of us are active social media users as part of our everyday internet lives, and many of us have surely felt the kind of intense discomfort that comes from being involved in an online argument – feeling your face flush, your heart race a little or just a general feeling of being uncertain. The intensity of these feelings can make engaging in online spaces difficult or troubling for many people, which is why this research project seeks to understand what those feelings are about and how we can continue to listen to each other even when we feel afraid, ashamed, excited or even amused.

The feelings associated with conflict can affect how we listen during an argument or disagreement in online settings. The results of this study were incredibly rich, so for this blog post we’re going to focus on one discussion point in the hope that the GEA community might be able to provide their feedback or commentary: Is listening possible during online conflict?

This question was addressed by several participants at both sites. The lack of visibility of other participants in online spaces could be distancing for some participants where they felt like they weren’t being heard:

Facilitator: you can’t hear the voice, I guess, but is it also… that you can’t see people listening to you?

The idea of not being heard online was raised by a participant in the Melbourne workshop, who said: “I think that’s where I get really frustrated is when people just don’t listen.”

However, a number of participants in the workshops described how they found face-to-face discussions more productive and helpful, especially in how listening in a physical, face-to-face setting meant experiencing the affective approval from other participants through nodding and affirming the speaker. When asked what she liked about the workshop, Avi said:

I think everybody coming from such varied backgrounds and having such varied experiences and being very open to what the other person said. For example, when I was speaking rather than just saying, no, no, you’re wrong, or that doesn’t happen, showing physical signs of disapproval rather than doing that, people just listening and being like, oh yes, that makes sense, it was a good – it was positive encouragement.

This view was affirmed by other participants, including Lydia, 21 from Melbourne who found herself disagreeing with someone in the Melbourne workshop but felt like she had been listened to in that setting in contrast to online where she felt her disagreement and frustration would have come across as more “antagonistic” because she would have typed a large paragraph. Lydia further articulated the difference between listening in online and offline settings:

Lydia: I think it’s easier in real life as well though. Even if you are prone to being defensive, when you see someone’s body language and you’re present with someone it’s harder to assume the worst. If you’re behind a screen someone’s reading it and the tone that they imagine you to be saying it in, whereas face to face I could be – if you heard me talking to you right now, if you’re on a screen you can see – you can imagine me like yelling and be like… grrr…

Lydia:   …but if you’re right here it’s kind of hard to project that anxiety and that defensiveness. It still happens. I’ve seen people get defensive in real life before, but it’s not as overt.

Lydia seems to suggest that an offline, face-to-face context provides participants with more capacity to affectively influence each other through non-verbal cues when they disagree. We think it’s important to note here that Lydia has emphasised that disagreement is a feature of both online and offline interactions – do we just need better tools to overcome the challenge of being physically absent in online space?

The need to ascertain whether we will be listened to in online spaces before engaging raises the possibility that effective listening might need to begin with negotiation and preliminary fact-finding. Does this mean that once an online participant in conflict has been deemed ‘willing to listen’ then discussion can start?

Plenty of “netiquette” guidelines exist, especially in education settings. ActionAid Australia has also developed a set of guidelines for intersectional feminist discussion spaces. While these toolkits are useful as a starting point, it might be worthwhile developing guidelines for social media discussion and disagreement.

We think that listening is possible during online feminist conflict, but there needs to be more guidance around what we might do to make it more likely. What this guidance looks like in practice requires more in-depth investigation into everyday user practices and interactions. Let us know below if you have any suggestions!