The Declining Significance of Homophobia is, according to its author, a ‘Good News story’ (p xxv). I capitalise ‘Good News’ for reasons that shall become clear. But focusing first on the main thrust of the thesis (and there is no reference to it but I am certain this is a book written out of a PhD thesis), the ‘good news’ is how teenage boys in the UK are less homophobic than in previous eras. Good news indeed.

McCormack’s research, with the fieldwork carried out between 2008 and 2009, consists of ethnography in three school sixth forms in a South of England town. He used participant observation and semi-structured interviews with teenage boys/young men between the ages of 16 and 18. The argument he makes is clear: in line with Eric Anderson (2009)’s theories of ‘softening’ or ‘inclusive’ masculinities, McCormack (2012:32-36) tells us that the young people he studied do not marginalise and discriminate against each other on the basis of sexual orientation, or even perceived orientation. And this is because homophobia has declined in our culture, since the ‘homohysteria’ that characterised the 1980s and 1990s.

There are some very positive aspects to this book. One is simply that I always value qualitative research, and especially ethnography. In this age, that McCormack himself describes as being ‘a world in which the social sciences must demonstrate their impact and pay their way’ (p 9), in-depth studies that focus on people rather than numbers are refreshing. I am also pleased that he overtly challenges what he calls a ‘victimisation framework’ (p130) often adopted by people from LGBT communities. McCormack acknowledges the ‘agency’ (p32) people have to contest their and others’ oppression. This goes against recent research, for example by the UK LGBT organisation, Stonewall, (p61) that I have found to be scare-mongering about bullying and the ‘plight’ of LGBT youth.

Another plus to The Declining Significance of Homophobia is that even in 2012, feminist-dominated Gender Studies does not adequately cover the experiences and accounts of boys and men. As Tom Martin’s recent (failed) attempt to sue the Gender Institute at the LSE for discrimination against men suggests, whilst the name ‘women’s studies’ has been lost from most university gender departments, the bias against men and masculinity remains. 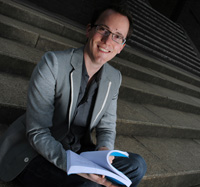 Unfortunately I have some major problems with McCormack’s book. My biggest issue is with his statement that this is a ‘Good News story’. Whilst McCormack is very critical of the historical role in religion in reinforcing homophobic attitudes (p59), and in particular ‘evangelical Christianity’ (p59), I think his book reads like an ‘evangelical’ tract itself, spreading the ‘Good News’ that homophobia is on the decline. I think the book comes across as ‘evangelical’ because McCormack understandably enthusiastically advocates the theories of his ‘mentor’ (p xvii) Eric Anderson, whilst simultaneously dismissing out of hand some very important work by other theorists in the field.

Whilst I can see that McCormack is using Anderson’s theories of ‘inclusive’ and ‘softening’ masculinity to explain the demise in homophobic language and behaviours amongst contemporary teenage boys, and the corresponding expansion of their gender repertoires, I am less clear as to why he also relies on Anderson almost alone to explain the homophobic cultures of the 1980s and 1990s, including the devastating impact of AIDS on people’s lives and attitudes. Other writers who are missing from McCormack’s book who have carefully examined the recent history of homophobia (including AIDS), include Mark Simpson (1994, 1996), David Halperin (2002), Steven Seidman et al (1996), Steven Zeeland (1993) and Keith Boykin (2005).

The implied ‘defence’ made by McCormack for ignoring and/or dismissing other theorists and writers is in itself worrying. In part, his logic consists of his assertion that poststructuralism is invalid as an epistemological and theoretical basis for research on gender and sexuality. He writes:

‘…poststructural scholarship, being wedded to transgression and subversion, cannot theoretically legitmate particular forms of anti-assimilation; it must valorise all or none. That is, postructuralism does not have the conceptual tools to distinguish (‘bad’) sexist and homophobic norms from (‘good’) normative ideals such as antidiscrimination and law-abidance (Nussbaum, 1999a)’ (p7).

McCormack is equating all poststructural theory with ‘relativism’. But many poststructuralist writers have grappled with the potential for their work to become ‘relativist’, and have shown clearly why it is not. Writers and theorists such as Foucault, Barthes, Derrida and Butler have all explained why their interest in the ‘deconstruction’ of meaning, does not and should not necessarily lead to a belief in the dissolution of meaning. And we only have to read accounts of Foucault having been influenced by Mai ’68, or watch YouTube footage of Butler addressing the crowds at the 2011 Occupy demonstrations in New York to be convinced of their commitment to social justice and political activism. Even Baudrillard, who was less resistan

t to the idea that deconstruction might lead to a complete obliteration of meaning, seems to me, to have actually very potently and politically predicted the ‘internet age’ with its cacophony of voices, its rows and rows of flat screens, and its ‘hyperreal’ imagery. If it has not disappeared altogether, then in the 21st century, surely ‘reality’ is much harder to grasp, to analyse and to categorise than it was in previous eras?

Having earlier dismissed postructuralist queer theory as ‘obscure’ and ‘elitist’, McCormack is able to assert his belief that ‘collective identity-movement politics is the most effective platform for social change’ (p133). I strongly disagree with this perspective, partly as a result of my PhD studies and post-doctoral research into ‘identity politics’, and partly as a result of my own personal, very negative experience of ‘identity politics’ in action.

The way in which McCormack’s attachment to Gay identity politics is shown throughout the book, is via his use of the word ‘gay’ to describe all young people who do not identify as ‘straight’. He talks about ‘gay discourse’ (p114), ‘gay-friendly schools’ (p121), ‘gay students’ (p130), and the ‘gay rights movement’ (p57). McCormack mentions at the beginning that some of the young men at the sixth forms (UK equivalent of American High Schools) he studied, identify as bisexual, and one identifies as trans. But throughout the text he prioritises the term ‘gay’ to cover all LGBT young people, and in doing so, I believe, does most of them a disservice. He also uses biological determinist theory to ‘close down’ the debate about how we come to be who we are. In particular he uses uncritically the widely-contested work of sex ‘scientist’ Simon Le Vay:

‘Post-structuralism and social constructionism both recognise that current conceptions of gender and sexuality are socially constructed and historically situated (Foucault 1984, Weeks 1985). This means that although one’s own sexual orientation is biologically determined (Le Vay 2010), the way society understands forms of sexuality is determined by the politics and people of the time, and this will vary across cultures.’(p6). [emphasis mine]

This ‘born this way’ version of sexual identity is gaining traction in the 21st century. Of course the subject is still debated, but the dominant view is one which I find highly conservative, and oppressive: that our sexual orientations are determined before birth, and the rest of our lives are somehow enslaved to them. I personally don’t identify my sexual orientation, not out of some political ‘stunt’, but because, aged 41, I still don’t know what it is! And that is not through lack of having tried to find out. 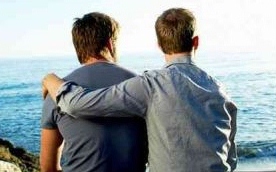 By privileging ‘gay’ terminology in his book, I think McCormack, even on his own ‘identity politics’ terms, is not helping bisexual, trans, asexual and non-identified young people find their way in the world, or indeed find their voices and experiences in the literature.

I have one final criticism of McCormack’s book, which extends to a general criticism of masculinities theory and research overall – it relates to what could be seen as a great big ‘elephant in the room’. The elephant’s name? Metrosexuality. McCormack makes one single, cursory reference to metrosexuality in his book, in relation to work by David Coad (2008) on metrosexuality and sports (p64). But I think his whole thesis and his research would be improved immensely by giving serious consideration to this ‘21st century’ phenomenon, of men expressing their ‘desire to be desired’ via consumer and media culture (Simpson 2011). According to Mark Simpson, originator and key theorist of the concept of metrosexuality:

‘Contrary to what you have been told, metrosexuality is not about flip-flops and facials, man-bags or manscara. Or about men becoming ‘girlie’ or ‘gay’. It’s about men becoming everything. To themselves. In much the way that women have been for some time. It’s the end of the sexual division of bathroom and bedroom labour. It’s the end of sexuality as we’ve known it.’ (Simpson 2011).

And there lies a clue as to why McCormack ignores or at the very least underplays the importance of metrosexuality. According to Simpson (2010), metrosexuality, including ALL men’s display of ‘feminine’ traits such as narcissism and passivity, marks the beginning of the end of sexual identity categories. And it is sexual identity categories that McCormack is so keen to hold onto. Also McCormack’s mention of the value of young men using facebook and the internet to explore their sexuality, would make much more sense if put in the context of Simpson’s theories of ‘mediated’ and ‘commodified’ metrosexual masculinities (Simpson, 2011).

McCormack is not only holding onto gender and sexuality categories. He seems attached, additionally, to ‘binary’ notions of gender. He and Anderson talk about masculinity in terms of (having once been) ‘hard’ and now becoming ‘soft’. McCormack seems to be uncritical of the categories of ‘masculine’ men being ‘hard’ and ‘effeminate’ or ‘camp’ men being ‘soft’. This view is critiqued comprehensively by Mark Simpson, who highlights how machismo is actually often ‘camp’, and how men who attempt to appear ‘uber-masculine’ often display very ‘feminine’ traits.

The final paragraph of McCormack’s book is a defence against imagined ‘critics’ of his work. He says that if readers accept his position that homophobia is declining amongst young people, they will accept his research as a valid addition to the literature, documenting this ‘changing social zeitgeist’ (p139). This reader does and doesn’t accept the validity of McCormack’s book. On one hand, as I stated above, I see it as a valuable addition to the qualitative and ethnographic literature in masculinity in education studies. On the other hand, I see it as an ‘evangelical’ sermon on the importance of Eric Anderson’s theory of ‘softening’ and ‘inclusive’ masculinity that, ironically, is not inclusive at all. For it dismisses the proven value of most poststructuralism to the study of sex and gender, it clings on to sexual identity categories that are becoming less and less relevant as the 21st century progresses, and it ignores the ‘social zeitgeist ‘ of metrosexual masculinity that has been clearly documented by Mark Simpson since 1994. In short, I found this Good News story somewhat depressing, and am much relieved, having finished reading it, to return to the ‘exciting theoretical developments’ of wonderful writers such as Simpson, Butler, Foucault and The Daddy of sex and gender theory himself, Freud.

Elly Tams is an author and researcher. Her key interests are gender, sexuality and meterosexual masculinities. She blogs under the name of Quiet Riot Girl.

5 thoughts on “The Softer They Come: Elly Tams reviews ‘The Declining Significance Of Homophobia’”