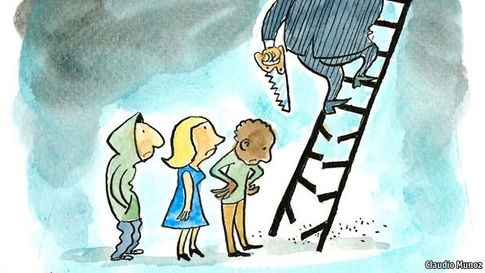 Much has been written on the subject of grammar schools in light of Prime Minister, Theresa May’s declaration to reintroduce selective schooling to England. Several counties currently still offer grammar schools as an option for students leaving primary school but May wishes to roll out many more across the country, citing ‘social mobility’ and ‘better chances’ for the country’s gifted as reason. Here, Geoff Whitty and Emma Wisby offer their take on what creating more grammar schools may mean in practice. 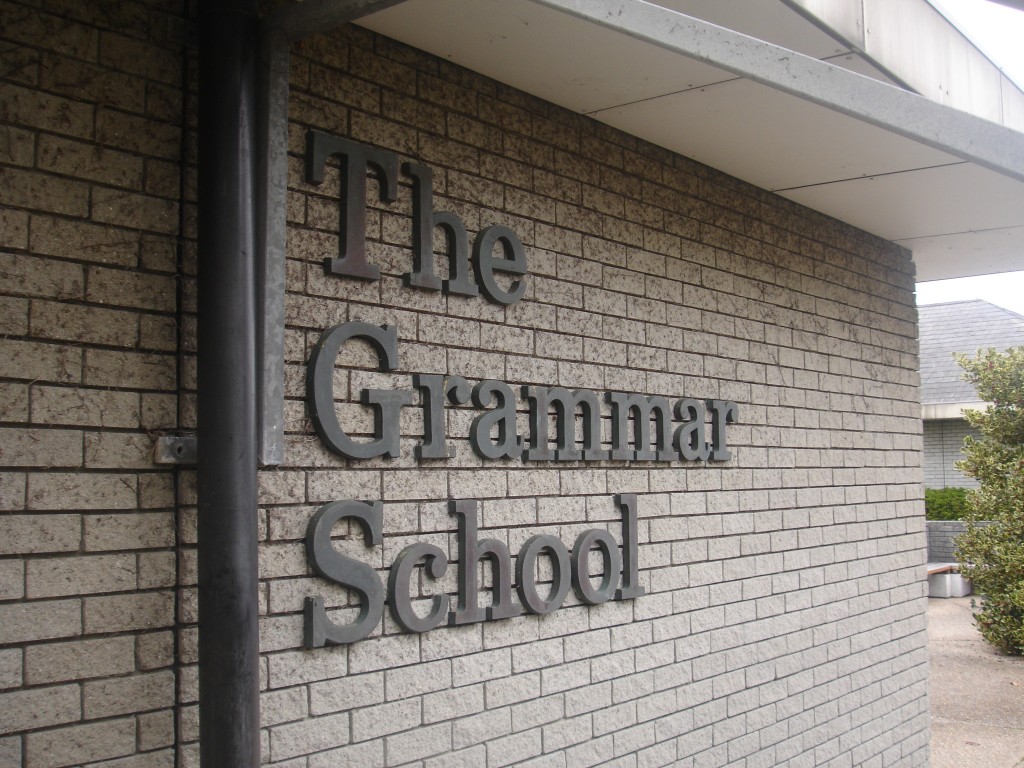 In her first major foray into domestic policy as Prime Minister, Theresa May has offered us more grammar schools. Not a return to the selective system of education that existed in England prior to the 1960s and still exists in modified form in a small number of local authorities; not the grammar school in every town envisaged by John Major in 1997; but new grammar schools where parents want them as part of the diverse mix of secondary schools that has developed in England over the past 30 years. We know that this would entail relaxing the restrictions on new or expanding grammar schools, as well as allowing existing non-selective schools to become selective in some circumstances. A fuller set of proposals will be subject to consultation in the light of a new Green Paper.

Our concern here is what to make of this development in relation to the rhetoric of evidence-based or evidence-informed policy that has been espoused by politicians of all three major political parties for some time now. On the face of it, it looks like a particularly stark illustration of how policy is in fact more often driven by ideology and the personal experiences and preferences of policy makers and their advisors – as well as the internal management of party politics. This is a point we made in our publication earlier this year, Research and Policy in Education. The conduct and outcome of the EU referendum has since added another slant to this in terms of the lack of traction ‘expert opinion’ had with politicians and the general public alike, such that the term ‘post-truth politics’ has now been widely applied to the British context. These aspects of contemporary politics are encapsulated in the remark by BBC Education Editor, Branwen Jeffreys that “this ffis post-referendum politics – where the symbolic status of grammars as a chance to better yourself has trumped the expert consensus”. 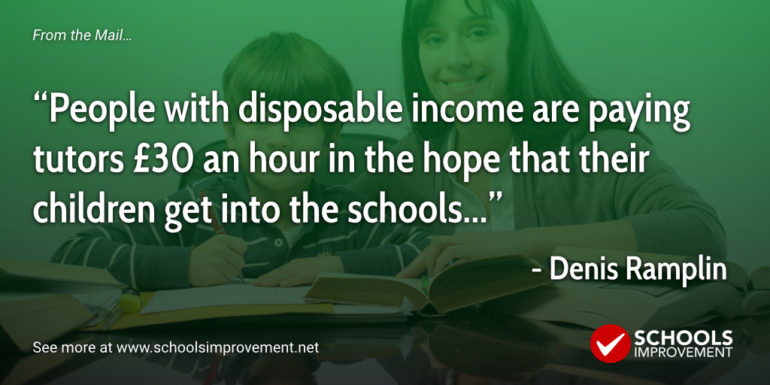 The debates around academic selection have always been emotive – to the point that an appeal to evidence has often seemed beside the point. The psychometrist Hans Eysenck, for example, saw fit to suggest that comprehensive schools were responsible for “millions of uneducated, practically illiterate and innumerate youngsters who are almost unemployable roaming the streets, making up the legions of football hooligans, and making Britain the laughing stock of Europe”. Compare this with Labour peer Roy Hattersley’s use of the language of ‘educational apartheid’ to characterise academic selection. The evidence base did make some political headway later on, with David Willetts’s careful weighing of the research on grammar schools in 2007 and his conclusion that they have not in fact been a driver of social mobility. Yet this did him few favours, and then Conservative leader David Cameron had to move him to appease the still strong thread of support for grammar schools within the Party.

However, the issue of selection is also an example of how using research evidence as a basis for policy is much less straightforward than is often suggested by advocates of this philosophy.The Grammar School Question, an IOE publication in 1999, reviewed what research evidence could tell us about the impact of competing systems – selective, comprehensive or diversified – especially on academic attainment. It had to conclude that, overall, the exercise had been ‘disappointing’ for those looking for decisive evidence to support one side of the debate or the other. As Jesson reported in 2013, a later review of the impact of grammars on academic attainment also brought ‘no conclusive finding justifying one position over another’.

Another strand of research has considered the impact of selective schooling on the wider political priority of ‘closing the gap’ and encouraging social mobility, emphasised by New Labour and even more so by the Coalition – see, for example, Harris and Rose (2013) and Burgess, Dickson and Macmillan (2014). These studies have not found that existing grammar schools contributed significantly to that cause, even where they identified some limited benefits for individual pupils – principally because so few children from disadvantaged backgrounds are accessing these schools. This finding seems particularly damaging to the cause of evidence-informed policy, given that Theresa May’s proposals have been presented as part of a wider move to create “a country that works for everyone”. 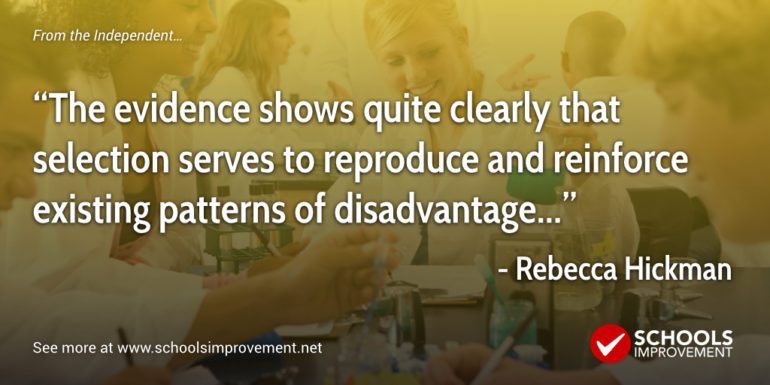 May’s plans do seem to address the problem of ensuring that grammar schools do more to help disadvantaged pupils. Specific proposals trailed in advance of the Green Paper’s publication included requiring new or expanding grammars to take a proportion of pupils from lower income households, or to establish “a new, high quality, non-selective free school”, or to sponsor a struggling academy. And yet, news reports have presented these elements more as a concession to sceptical Tory backbenchers and an unreformed House of Lords than as central to the policy. Equally, if they were to be genuinely a core part of the policy, this might mean that grammar schools were no longer recognizable as grammar schools. Some commentators are certainly clear that at the very least . So we might not see dramatic change anyway. The government is making much of the fact that they are proposing ‘grammar schools for the 21st century’ not a return to the 1950s and 1960s. Is this merely presentational, or will it lead to the backbench proponents of selection feeling let down? Perhaps as with the EU referendum, a policy move that might have been expected to ease internal party politics will do no such thing.

Grammar schools with significant numbers of ‘working class’ pupils, which Theresa May wants to encourage, could also have negative repercussions for her in electoral terms if middle class parents in marginal constituencies find themselves excluded from these schools. After all, political support for comprehensive education in the 1960s was as much fueled by disquiet among middle class parents whose children failed the eleven-plus as it was by academic evidence that the selective system was failing working class children. Today, such parents may be more attracted by wider policies of diversity and choice than by the new emphasis on grammar schools. In a further twist, the independent schools sector is reportedly predicting that the proposed new system will increase demand as middle class parents seek to avoid ‘second rate schooling’ for their children.

In a paper for Civitas written a couple of years ago, we pointed to something of a consensus among the major political parties that diversity and choice should be the hallmark of the English secondary school system and some degree of selection by aptitude, if not academic attainment, permitted within it. In view of this, we said, future governments may just try to tinker with the existing diverse system to encourage more or less selection within it. That is essentially what the new policy seems to be attempting, but the symbolic importance of grammar schools for both their advocates and their critics has meant it has been presented as something more. Ironically, this, in turn, has led to the defence of an existing political consensus on diversity and choice that itself is far from evidence informed. In the round, studies have shown its limited impact on academic attainment or closing the achievement gap, pointing instead to the far greater importance of improving the quality of teaching, as well as addressing inequalities in the early years.

More broadly, the government needs to be aware that, if it is really dedicated to creating a fairer Britain, high profile education initiatives are no substitute for a coherent overall approach. Only recently, in his British Academy lecture, John Goldthorpe warned that:

“What can be achieved through educational policy alone is limited – far more so than politicians find it convenient to suppose …To look to the educational system itself to provide a solution to the problem of inequality of opportunity is to impose an undue burden on it. Rather, a whole range of economic and social policies is needed.”

This is clear from recent empirical research that shows that, even when disadvantaged groups achieve success in the education system, we see a shifting of the goal posts and the creation of ‘class ceilings’ and ’glass floors’ that seem to protect the position of already advantaged groups. Note, for example, the Social Mobility Commission’s recent report on recruitment practices in the City and the role of what the commission’s chair described as ‘arcane culture rules’ over academic merit. In that context, some of Theresa May’s other initiatives, such as the review into how ethnic minorities and white working class people are treated by public services, may in theory at least, depending on what action follows, have more potential than a few new symbolic grammar schools.

Geoff Whitty is director emeritus of the IOE. Emma Wisby is head of policy and public affairs.