On 28th August, Shulamith Firestone was found dead in her Manhattan apartment at the age of 67. Firestone’s 1970 book, The Dialectic of Sex, is a carefully argued and inspiring call for a feminist revolution that still feels ahead of its time 42 years later. I’d just finished rereading it when I heard the news of Firestone’s death via the Guardian’s obituary of her and as a tribute I have collected here some of the parts of that work that I found the most provocative and powerful in the hope that others will be moved to read or reread this classic of feminist theory. Firestone is perhaps best known for her call for women to take ownership of the means of reproduction, and so take advantage of advances in medical technologies to free themselves from their oppression. However, her work is far more wide-ranging than its represented as in the many textbook accounts. Here I look at what she had to say about schooling and about sexuality. The page numbers are taken from the 1979 Women’s Press edition.

For Firestone, schooling is a form of imprisonment and “though there are liberal jails and not-so-liberal jails, by definition they are jails. The child is forced to go to them: the test is that he would never go of his own accord” (p.97). And “though enlightened educators have devised whole systems of inherently interesting disciplined activities to lure and bribe the child into an acceptance of school, these can never fully succeed, for a school that existed solely to serve the curiosity of children on their own terms and by their own direction would be a contradiction in terms – as we have seen, the modern school in its structural definition exists to implement repression.” (p.97-8)

“The ideology of school was the ideology of childhood. It operated on the assumption that children needed ‘discipline’, that they were special creatures who had to be handled in a special way (child psych., child ed., etc.) and that to facilitate this they should be corralled in a special place with their own kind, and with an age group as restricted to their own as possible. The school was the institution that structured childhood by effectively segregating childhood from the rest of society, thus retarding their growth into adulthood and their development of specialized skills for which society had use. As a result they remained economically dependent for longer and longer periods of time: thus family ties remained unbroken.” (p.86)

“In summary, with the onset of the child-centered nuclear family, an institution became necessary to structure a ‘childhood’ that would keep children under the jurisdiction of parents as long as possible. Schools multiplied, replacing scholarship and a practical apprenticeship with a theoretical education, the function of which was to ‘discipline’ children rather than to impart learning for its own sake. Thus it is no surprise that modern school retards development rather than escalating it. By sequestering children away from the adult world – adults are, after all, simply larger children with worldly experience – and by artificially subjecting them to an adult/child ratio of one to twenty-plus, how could the final effect be other than a levelling of the group to a median (mediocre) intelligence? As if this weren’t enough, after the eighteenth century a rigid separation and distinction by ages took place (‘grades’). Children were no longer able to learn from older and wiser children. They were restricted in most of their waking hours to a chronological finely-drawn peer group, and then spoon-fed a ‘curriculum’. … Children, once seen simply as younger people – the way we now see a half-grown puppy in terms of its maturity – were not a clear-cut class with its own internal rankings, encouraging competition: the ‘biggest guy on the block’, the ‘brainiest kid on school’, etc. Children were forced to think in hierarchical terms, all measured by the supreme ‘When I grow up…’ In this the growth of the school reflected the outside world which was becoming increasingly segregated according to age and class.” (p.84-5) 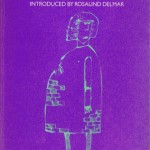 The caricature of the sexless feminist is exploded in Firestone’s discussion of eroticism and beauty. Particularly challenging for us today are her discussions of children’s sexuality: yet, she is not arguing for an end to our current society’s protections of children from sexual abuse by adults, she is imagining a future society in which these protections no longer make sense.

“I want to add a note about the special difficulties of attacking the sex class system through its means of cultural indoctrination. Sex objects are beautiful. An attack on them can be confused with an attack on beauty itself. Feminists need not get so pious in their efforts that they feel they must flatly deny the beauty of the face on the cover of Vogue. For this is not the point. The real question is: is the face beautiful in a human way – does it allow for growth and flux and decay, does it express negative as well as positive emotions, does it fall apart without artificial props – or does it falsely imitate the very different beauty of an inanimate object, like wood trying to be metal?

“To attack eroticism creates similar problems. Eroticism is exciting. No one wants to get rid of it. Life would be a drab and routine affair without at least that spark. That’s just the point. Why has all joy and excitement been concentrated, driven into one narrow, difficult-to-find alley of human experience, and all the rest laid waste? When we demand the elimination of eroticism, we mean not the elimination of sexual joy and excitement but its rediffusion over – there’s plenty to go around, it increases with use – the spectrum of our lives.” (p.147)

“Thus without the incest taboo, adults might return within a few generations to a more natural polymorphuous sexuality, the concentration on genital sex and orgasmic pleasure giving way to total physical/emotional relationships that included that. Relations with children would include as much genital sex as the child was capable of – probably considerably more than we now believe – but because genital sex would no longer be the central focus of the relationship, lack of orgasm would not present a serious problem. Age-ist and homosexual sex taboos would disappear, as well as non-sexual friendship (Freud’s aim-inhibited love). All close relationships would include the physical, our concept of exclusive physical partnerships (monogamy) disappearing from our psychic structure, as well as the construct of a Lover Ideal. But how long it would take for these changes to occur, and in what forms they would appear, remains conjecture. The specifics need not concern us here. We need only set up the preconditions for a free sexuality: whatever forms it took would be assuredly an improvement on what we have now, ‘natural’ in the truest sense.” (p.223)

One thought on “In memoriam: Shulamith Firestone”