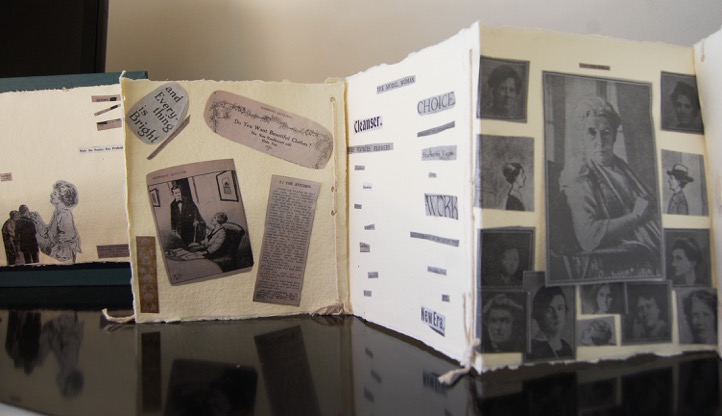 The Feminist Readings Network provides a space to explore the question of reading with feminist thought, art and pedagogy. We’re delighted to have been awarded funding by the Gender and Education Association to further develop and extend our network.

A transnational and multilingual initiative, this project is for our feminist colleagues, and those that follow. The network is also known as Réseau Lectures Féministes or Feminististen luentojen verkko, in French and in Finnish respectively. In Arabic, you can call it Chabaket el kiraat nesswiya, النسوية القرائات شبكة, in Czech Sdružení feministického čtení, in Swedish Nätverket feministiska läsningar, and in Afrikaans Netwerk vir Feministiese Lesings.

We believe that academic (but also activist, artistic and other everyday spaces that we each of us inhabit) need to be opened up to linguistic difference and various kinds of expression. Besides translation we need an open attitude toward the languages and expressions of the other. For us, the space in between differences is where reading happens: what we do not immediately understand we need time and space to re-read together.

Our emphasis on bilingual and multilingual encounters as well as encounters between artists, activists and academics stems from an engagement in intersectional feminism. Living at the crossroads, we realize we need to allow ourselves to pay attention to what seems particular and sometimes not immediately important, to what seems trivial and not central in our surroundings, our backgrounds and situations, in order to engage our many particular differences in our readings. Our trajectories inspire us to search for a plurality of readings, of thinking and of writing. This means we need to read feminism that is not ‘from the centre’, engage with art and texts that are not written principally for English or French speakers. There is no real plurality as long as, as Shu Mei-Shih puts it in 2005, “’Western’ feminism is something you have to read, have to think about, while the reverse flow is not. Reading ‘Third World’ feminism really seriously […] is not encouraged.” Like her, we understand central or ‘Western’ and peripheral or ‘Third World’ not as oppositional, but already interwoven, creolized, métissés. 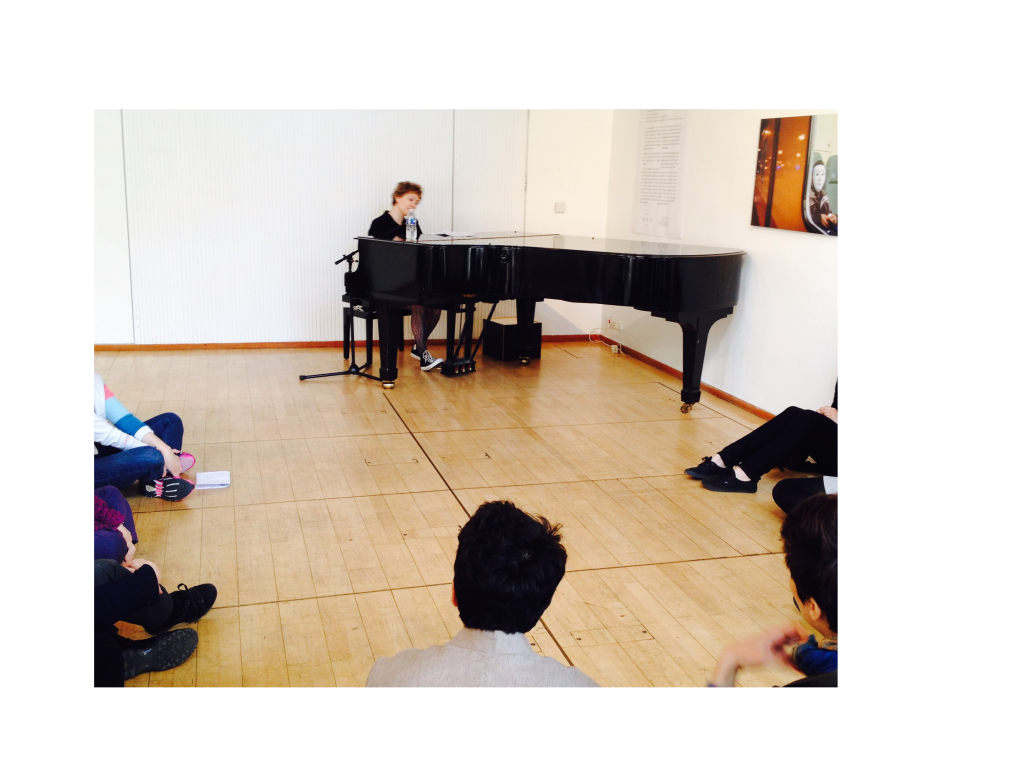 Lectures féministes would like to prompt you to go beyond what you already know, to explore others’ languages and texts, so as to pluralize the space of reading itself. In academia, this could mean going beyond traditional academic language and presentation, so as to find out how readings can be put in wor(l)ds in transformative ways. It could also mean reading ‘unknown’ or ‘queer’ texts and putting them in the centre of our thought, instead of an umpteenth reading of a tradition ‘from the centre’ we supposedly all share. In artistic or activist thought and practice, going into the unknown could instead mean reading theory and engaging with academic practices. All of the spaces we inhabit are spaces of learning, and for us, feminist readings are a magnificent (and even a cost-efficient!) way to learn.

Reading thus appears as a collective, political endeavour, far from being a solitary, elitist practice. In order to open up monolingual and hierarchical spaces, there is nothing more essential than working with feminists who have different linguistic competences and habits, who inhabit different spaces, who have different experiences, who have read different texts and know different contexts, and who are therefore able to approach feminist readings from different angles and with different transformations in mind. We conceive of reading as a chance to use all of our languages and to learn from other languages so as to transform fields of thought, to imagine different wor(l)ds. We would like for reading to be less about mastering a language or a subject, and more about questioning ourselves and the societies we live in.

Who are we? – Nos itinéraires croisés

We are a group of readers, performers, activists, curators, musicians and writers who are also doctoral students based in four different universities, Paris 8, Leeds, Helsinki and the University of South Africa in Pretoria. We grew up in different places, from Kolari to Kabylia, Paris to Trhové Sviny, London to Bethlehem, speaking and reading often in more than one language. We met each other in the ‘centre’: in Paris and in Leeds. We’re working in academia and in other spaces in English and in French, but also in Finnish, Arabic, Berber, Afrikaans or Czech. We realize we need to transform the ‘centre’, a place of rich encounters but also of great precariousness, of monolingual and hierarchical practices.

Lectures féministes has encouraged us in different ways in our collective and individual lives. As an exiled academic woman, Akila’s readings of Taos Amrouche highlight and analyse multiple relations of domination. Lectures féministes is for her about innovative interpretations that take into account individual trajectories and approach knowledge as a savoir situé developed, for instance, by Donna Haraway. She loves reading those who place women as subjects in the heart of the political while turning to pluralism and diversity. For Leandra, feminist reading is a transformative tool, through which a plurality of ‘beings’, ‘doings’ and ‘becomings’ can be imagined, discovered or re-claimed. She conducts feminist readings of various texts and discursive events ranging from government reports to existing articles and conversations with people. She does so by reading with Olivia Guaraldo, Michel Foucault and Jacques Rancière. Leandra is also reading the House Rabbit Handbook: How to Live with an Urban Rabbit by Marinell Herriman.

Lenka is exploring feminism’s relationship with the university; right now she’s reading Keith Hoskin on accounting and accountability, Joan Wallach Scott on seduction or Roger Phillip on mushrooms (that she loves to gather and cook). For Heta, Feminist Readings provides more courage to play with performance and multilingualism in her academic work and, ennen kaikkea, the possibility to try to read her privileges as a blondi with doctoral funding from a company dedicated to “moving people smoothly, safely, comfortably, and without waiting in and between buildings”. She also enjoys reading too much or too little into sexist texts or situations. For Elspeth the project of reading extends to visual culture, in particular film. There are some films that inspire a particular way of reading, such as the work of Eija-Liisa Ahtila, Trinh T Minh-Ha or Sadie Benning. Or there are films that read you, whether by asking you to reflect on your position in the world or by conjuring an affective response so strongly that you lose yourself in the work, like the work of Chantal Akerman or Tracey Moffatt.

With support from the Gender and Education Association we are able to continue and build on our current activities. This includes developing a website to archive materials from the previous and future symposia and to blog our activities. The website will act as a central hub for other online projects we want to develop related to the network aims and concerns. We also plan to organise a workshop and to discuss publications and other forms of dissemination activities. With support from senior feminist academics based in our respective institutions, we have already facilitated two international symposia, Lectures Féministes – Feminist Readings in Paris 2015 and Feminist Readings in Leeds 2016. The next one will take place in Helsinki, Finland, May 2017.

Naturally, Feminist Readings are free for anyone to steal! Volantes, les lectures féministes sont aussi à voler ! We welcome you to join us; we would especially like to learn from and join our forces with people who practice different reading habits and read in completely different geographical or linguistic spaces. If you wish to organise a happening in your university, bar, art space, etc. anywhere in the world, please let us know about your idea, and we’ll do what we can to help you find feminist readings and put you in touch with the people who have contributed to earlier happenings. 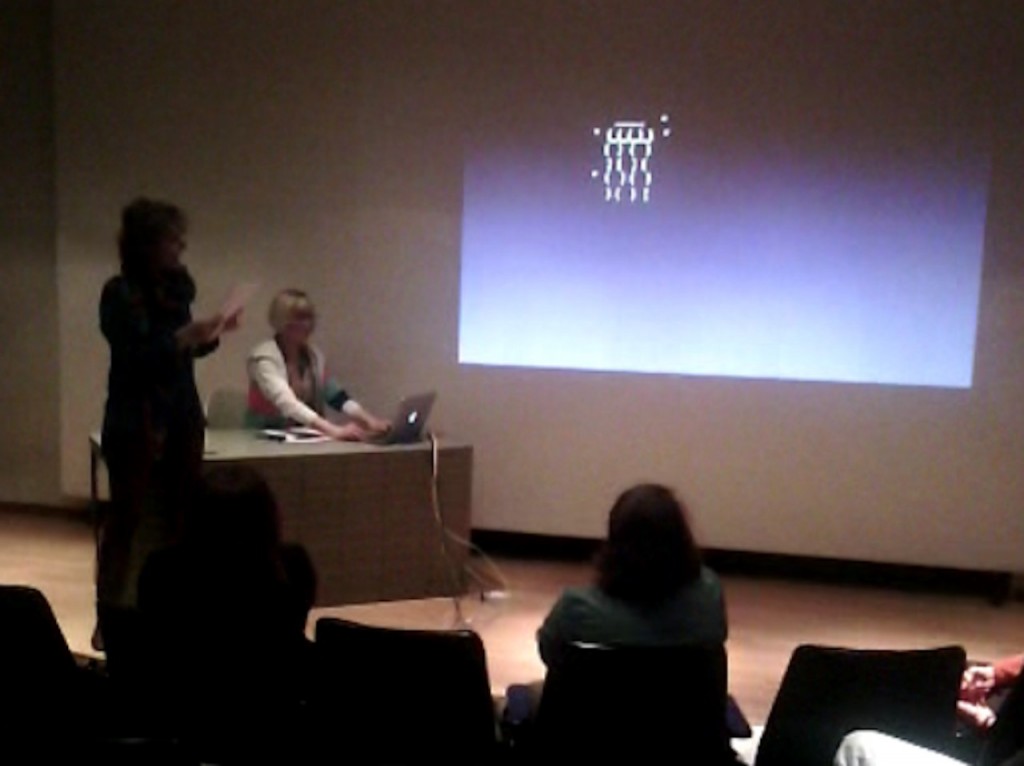