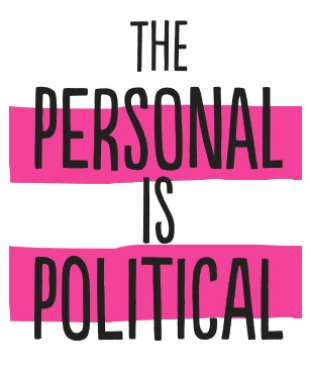 Today, GEA members are responding to the news that Trump has won the US presidency. Andrea Peto started us off by musing how Trump’s win is a boost for illiberial regimes in Europe. GEA Chair, Jessica Ringrose and Equality and Diversity Officer, Victoria Shouwnumi then considered how to call out Trump pedagogy and their ways of turning the 2016 USA election into a teachable moment. Now we turn to exec member Sally Campbell Galman, Asociate Professor in the Department of Teacher Education & Curriculum Studies at University of Massachusetts Amherst for her take on the situation. We hope that these posts demonstrate not only how international our executive committee here at GEA is, but also how internationally and far reaching the results of this election are, and will continue to be. Sally’s post is a raw and intimate account highlighting how this result impacts on every facet of our lives; from the academic to the personal. Never has the phrase ‘the personal is political’ been more relevant.

I’ve never worked so hard in an election. Ever. I made over 600 phone calls. I knocked on doors. I marched carrying signs. I had a rotating list of 15 Trump-endorsing legislators that I called every three days for months to ask them what they were thinking, and Could You Please Explain the Logic Here. I donated what I could. I wrote, and I read, and I had hard conversations with my own Conservative mother, who said she could not ‘bring herself’ to vote for Hillary Clinton. I wore white for suffrage on Election Day. I told my three daughters that this was a moment to remember, to tell their grandchildren about. I voted for the first woman for President ever. I taught my doctoral seminar that night, and we joked around about which among us would be deported in the morning. I settled in on the night of the election expecting a victory, and promising myself unity and renewed energies for teaching and service and a better world. I was cautiously hopeful.

Instead I was up all night shaking with dread as the election returns came in. I did the thing every parent did—wander into the children’s bedroom and wonder what on earth I was going to tell them in the morning. Predictably, when my partner and I did break the news, they were shattered. My eight year old, who is transgender, began to cry. “Will Trump come to the house to take me away? Some kids at school say he will come for me and take me to a jail because trans people not belong here.” I assured her that this was not true, even though I know that, on some level, she is right. Though I’m ashamed to admit it, I pulled all three children out of school and took them to apply for passports that very morning. The line was long even when the post office opened, and it was made up mostly of families with young children. The parents and I exchanged tearful, puffy glances. The room vibrated with fear. I held hands with another mother, a woman I had never met before while our children sat at our feet, waiting.

I was supposed to go on a data collection trip for the Gender Moxie Project , with my flight to the Midwest leaving that afternoon. Predictably, I didn’t go: my children needed their mother at home, I was in no emotional or physical shape to take on three days of arduous fieldwork, and my participants—transgender children and their families– were, frankly, too frightened to meet with me. One mother told me that her daughter went to bed in a world filled with hope and awoke to fear. “My life is going to be hard now, isn’t it Mommy?” she asked. Another child, age 6, asked his father when he would be killed, so he could be “ready.”

Later that day I called my parents. I wanted to hear something comforting: maybe my 70 year old father, despite having voted for Trump, could reassure me somehow, or soothe in the way a parent can and should. Instead he shouted at me for upwards of ten minutes about how stupid and “irrational” I was for being even remotely upset. He raved about how Trump was more qualified to hold office than Barack Obama. I usually don’t talk politics with my parents, and I didn’t intend to. But the parent-child interaction took on the tone of a Trump rally, and I got off the phone as quickly as I could and had a good cry. Like a lot of Trump supporters, he’s not a bad man. He’s just terribly misinformed, and unwilling to listen to anyone who doesn’t look like him. I still haven’t heard from my mother, who finally did vote for Clinton after some pressure, saying that the best case scenario is that Clinton, upon being elected, would die or be impeached, and then her VP could be president.

Today the children are back in school, and I’m back at my desk trying to figure out what to do next. Lots of people are calling for love and acceptance and kindness and moving forward, and that is all well and good. But, as the campaign slogan goes, we tried that, and hate won. Of course, I believe in the power love and acceptance and kindness, but I also believe they are meaningless without action. So, here is my list of Good “Deeds” for the coming days.

Keep doing your work. It is very easy to get overwhelmed, and to believe that nothing you do will make a difference. After all, we worked and worked and it seems like nobody cared. Shouting into the wind is no fun. However, you must keep doing your work, however you define that work. In some forms of Jewish mysticism, there is a belief that the messiah will come when a certain, unknown number of mitzvahs, or good deeds, are done. We never know what that number is. You never know where you are, so it may seem like it is a very dark day, but in reality we could all be one mitzvah away from healing the world. With apologies to the rabbis, we never know when our victory might come—it might be just one more phone call, one more blog post, one more article, one more tweet, one more kind word to a child, one more attempt at dialogue, one more protest, one more deed away. Today could be the day we heal the world.

Do not skimp on self-care. Audre Lorde taught us to care for ourselves when she said, “Caring for myself is not self-indulgence; it is self-preservation, and that is an act of political warfare.” Also encourage other people to care for themselves. And interrogate those practices and neoliberal work ethic discourses that valorize self-abnegation through ‘busy-ness’. Because it is in these practices that we are kept exhausted and unable to fight.

Find support. Find it wherever you can. Provide it. Social media is fantastic. Consider joining at Pantsuit Nation group in your area. Not ready to deal with your racist uncle at Thanksgiving? Host a group of students in your home instead. Organize a group of other people to check in with every day over the phone, email or social media. Ask how people are doing. Isolation is distorting.

Resist the lure of comfort. More white women voted for Trump than did for Clinton. These were mostly white women without college degrees. Feminists, we need to step up our intersectionality game, and I don’t mean just sitting around thinking about being anti-racist, I mean doing something about the racism we see every day and being brave enough to call it out. This means confronting the racists in your lives, however painful. This one is hard. As Brigitte Fielder writes, it’s time to stop being polite to the racists, because that, too, is the face of white privilege:

“Every last one of you with a racist uncle or grandfather or neighbor or co-worker to whom you just remain polite, who accepts their racist trash in order to avoid white interpersonal conflict, those of you who “don’t want to argue about politics” with friends or acquaintances, who stay silent when they spout hate to preserve some sense of contentment at family gatherings, you who continually complain about racist family but say “what can you do?” …You who allow your loved ones and colleagues to blame immigrants for their own mediocrity, you who have continually stood by when the people you know or even love have denigrated people like me, who have emphatically valued your own comfort over the rights and the safety of the marginalized and oppressed: I blame you for this. This is your fault. You have just let hate win.” (Brigitte Fielder, Nov 9, 2016)

Get uncomfortable. White people, confront your racist uncles and speak truth to power with love. Rely on your chosen support systems for courage and debriefing. Support people who are affected by racism. Believe them when they tell you. Listen to them. If you are white, talk to other white people; especially white women, about race. Take that heat so sisters of color do not have to. Because it is our job to be uncomfortable.

Have Courage. Courage isn’t the absence of fear, it is the strength to continue. Trust me, I’m shaking in my boots as I write this. In the words of American author Harper Lee, “I wanted you to see what real courage is, instead of getting the idea that courage is a man with a gun in his hand. It’s when you know you’re licked before you begin, but you begin anyway and see it through no matter what.” Or, better still, Democratic VP candidate Tim Caine, who quoted William Faulkner: “They killed us, but they ain’t whupped us yet.”

Let’s get to work, friends.