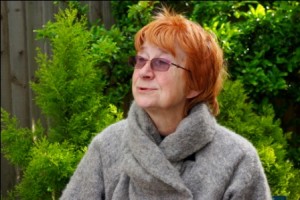 Diana Mary Leonard, who has died aged 68 of endometrial cancer after a stubborn struggle, was a feisty and fiery feminist academic and activist. She was one of the originators of feminist sociology in the academy, organising the first British Sociological Association (BSA) conference on what was then known as sexual divisions in 1974. She never looked back from this early immersionin feminist politics and developed collaborative feminist practices in theorising, researching and political campaigning. A long and hard fight to get into and establish feminist scholarship, practices and pedagogies in the academy made her a strong and uncompromising leader of radical feminist activism and academic work in higher education.  Diana was of a particular generation of activists who were first involved in the women’s liberation movement of the late 1960s and early 1970s. She was also a broad-ranging social scientist, having started in anthropology before moving on to sociology, as well as education from the late 1960s to the present, retiring from her post as Professor of Sociology of Education and Gender at the Institute of Education, University of London, three years ago. But she never actually retired and, with her emeritus status, and visiting professorship at the Centre for Higher Education Equity Research, University of Sussex, from 2008, she continued actively to engage with global feminist debates, theories and practices, having established a fearsome feminist agenda.  This involvement ranged across continents from her early studies on French materialist feminism, to work in Canada and the USA, to Australia, Greece, Ireland, Israel and the Gender Equity Task Force in South Africa (1997), and at the Fatimah Jinnah Women University in Rawalpindi, Pakistan (2005-7).

‘Changing Feminist Politics and Practice: gender, family and education’ was the title of the day conference held to celebrate Diana’s career on November 5th 2008. It was also the occasion for recording and reflecting on particular moments, organisations and actions in international feminism with which she had been involved, providing an interesting transect through a particular generation of feminists and the writing of her own involvement. The contributions were incredibly wide-ranging as befitted Diana’s astonishing and exhausting if not exhaustive involvement – from feminist views on the family in the 1970s and 1980s, to influencing professional and state organisations, and setting up alternative feminist organisations, such as the Women’s Research and Resources Centre, to working with school teachers and researching gender and schooling, establishing women’s studies in higher education, researching higher education and doctorates and developing international feminism. As she wrote in the notes for the archival material, the conference ‘also provided the seventy people who were present with interest and amusement and the opportunity to reunite with friends.’

Diana developed an eloquent materialist critique of the family, using French feminist theories, with her colleague and ‘soul sister’ Christine Delphy, whom she had met at a sociological conference, in 1974. They had ‘a marriage of truly theoretical and political minds, made in feminism’.

Diana was born in Trinidad in 1941. Her mother was a teacher-trainer and her father a scientist, working on sustainable plants, including the development of the optimal conditions for exporting bananas to Europe, and was thus not able to return to the UK until after the war. When the family eventually returned they settled in Brighton and Diana went to Brighton and Hove High school run by the Girls’ Day School Trust. She then went to Girton College, Cambridge to read natural sciences, specialising in archaeology and anthropology in her final year. She started postgraduate life as a science teacher, and then did a PhD in social anthropology in South Wales on the subject of courtship and weddings. She had three children – Hannah, Polly and Tom Barker.

On her return to London in the early 1970s she plunged into the women’s movement and, in 1976, she got a lectureship at the Institute of Education, where she remained for the rest of her academic life, with a spell on secondment to the Open University (1980-83) to work on its first women’s studies course. She established the Centre for Research on Education and Gender (CREG) in 1984, and from this grew postgraduate courses and doctorates on women’s studies and education, including work on international postgraduate students. CREG was a vital and vibrant centre of research, critique, friendships and networks about women’s and girls’ lives, gender, sexuality, violence against women and all phases of schooling and higher education.  Diana welcomed students from many African, Asian and European countries and some of her most recent research, with Maryam Rab, on the gendered family relationships of students from Pakistan who had studied in the UK formed the basis of her last publication, as a chapter in Elaine Unterhalter and Vincent Carpentier’s edited book on global inequalities in higher education in June 2010.

Her many and varied publications include the two edited volumes from the BSA conference in 1976; Familiar Exploitation (with Christine Delphy) (1992); A Women’s Guide to Doctoral Studies (2001); a prize-winning essay with Louise Morley and Miriam David (2003) ‘Quality and Equality in British PhD Assessment’ in Quality Assurance in Education. She became an Academician of the Academy of Social Sciences in 2006, and she was made a fellow of the Society for Research in Higher Education (SRHE) in 2008.

As a woman of fierce intellect and amazing capacity to reach out to women across the globe with friendship and compassion, she was, of course, also terrifying on occasion and not always aware of the sharpness of her intelligence and, on occasion, her tongue. Alongside her ability to articulate sharp and often acerbic feminist critique, Di possessed an enormous sense of fun and a wry sense of humour. Diana was instrumental in the development and mentoring of many feminist educationists and sociologists around the world.  She was also a very good friend and had a generous heart: she could laugh and groan with her friends at the ridiculousness of things in the academy and beyond.  She welcomed many of her international friends to stay at her lovely home in Islington.  She was a cherished colleague, collaborator, mentor and friend and an inspiration to her students, as being supervised by her was always a richly rewarding experience – thought-provoking, challenging, stimulating and fun. Latterly, as her illness took hold, she was greedy for news and amusement and we all laughed a good deal. She will always have a place in our hearts. She is survived by her daughters, Hannah and Polly, and her son Tom, and her six grandchildren.