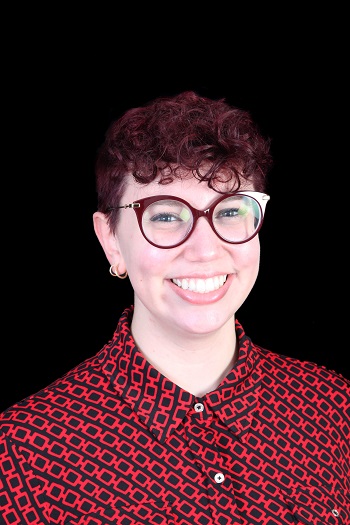 I never thought I would land in a Department of Education for my Ph.D. studies. Thanks to the nature of my research—sexual violence in universities—I have been in a different department for each of my degrees: I double majored in English Literature and Women’s and Gender Studies at The College of New Jersey, moved to an International Development department (and Brighton) in 2016 for my MA in Gender, Violence and Conflict at the University of Sussex, and am now in the second year of my doctorate in University of York’s Department of Education. Since I am relatively new to the field of educational studies, this will be my first time at a Gender and Education Association conference and I am very much looking forward to sharing some preliminary findings from my thesis.

My thesis is a comparative project examining how universities in the United States and in England respond to student disclosures of sexual harassment and sexual violence. In order to understand how universities handle these cases, I am examining three levels of response: written policy, how university staff members implement that written policy, and how student victims/survivors experience staff implementation of policy. I am beginning to conduct a policy discourse analysis to address the first of these response levels and am nearly finished with my fieldwork, which addresses the latter two. I conducted 44 interviews with university staff members (e.g. Wellbeing Advisors, Title IX Coordinators) at five diverse universities in each country as well as with self-selected student victims/survivors who had reported to their universities.

While student demographics and sexual violence victimisation rates (around 25% of students) are similar in England and the United States, responses differ significantly as the United States has a standardised federal response framework while England currently does not. In the 2016 Changing the Culture report, however, Universities UK noted that it was looking at established response frameworks, such as Australia’s and the United States’, for guidance in possibly creating a national model. Beyond national structure, university responses to sexual violence also look different in practice in each country: Title IX in the United States is a legalistic and punitive model while English universities often pursue a culture change model.

My findings suggest that despite these differences in response structure, universities in England and the United States have a shared investment in protecting their institutional reputation over the wellbeing of their students, especially student victims/survivors. My participants shared with me that this need to preserve reputation comes in many forms, including protecting academic staff who perpetrate violence because they are seen as ‘valuable’ (e.g. they win large grants or provide important REF contributions), urging students not to go to the press about their cases, and even forcing a student to report so the university could fire a tenured professor to eliminate bad press. This prioritisation of institutional reputation over student wellbeing occurred in my sample despite the genuinely good intentions of individual staff members responsible for policy creation and implementation.

I will be discussing this dynamic and more initial findings during my presentation, and am looking forward to connecting with other feminist education scholars. If you would like to know more about my research in the meantime, you can visit projectcursv.com

If you are attending conference, let us know on Twitter using the hashtag: #GEAconf2019