Exeter is in the South-West of England, just above Cornwall, located in Devon. Exeter can easily be reached through its own airport or from other major cities by good rail and road links.

Exeter has its own (relatively small) international airport which is located on the edge of the city (approximately a twenty-thirty minute taxi ride into the centre). The main company to use the airport is Flybe. 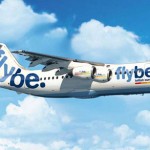 Regular flights can be found to and from: Newcastle, Edinburgh, Glasgow, Manchester, Amsterdam, Paris, Geneva, Faro, Malta, Salzburg and Paphos. There is a taxi rank just outside the door of the arrivals lounge, which usually has a number of taxis waiting to be used. There is also a bus service that runs from the airport to the city centre on a regular basis. You can catch the bus just outside of arrivals (once you are on it just ask for the city centre or St Luke’s Campus on Heavitree Road as it stops directly outside the main conference venue). You can expect to pay approximately £4.50 for a journey into the city centre (the ticket can then be used on further bus travel throughout the day). The airport has two small cafes for meals, snacks and drinks and a very small duty free shop. Please see the Exeter Airport website for more details about the airport and its location. Alternatively you may like to see the Flybe website, where further details can be found.

Bristol airport is located approximately one hour and forty minutes (by public transport) from Exeter. Bristol is a slightly larger airport and flights are offered to a larger number of destinations through a wider range of companies (including Easy Jet, Air France and KLM). There is no direct rail link with the airport. However, the rail company do run a regular bus service to the airport and you can buy a train ticket to Exeter which incorporates this journey. The whole journey (including the bus to Bristol Temple Meads and then a train to Exeter St Davids train station) takes approximately one hour and forty minutes. Cars can also be hired from Bristol airport so that you can make the short journey by road. National Express coach travel could also be taken from the main city centre in Bristol.

The majority of international flights are still cheaper if they are made to one of the major London airports: Heathrow, Gatwick or Stansted. Cars can be hired at each of these airports and there are good rail links between them and the South West (though most require going into central London first). Make sure that you search the internet for the cheapest train tickets (e.g. a Heathrow Connect ticket is considerably cheaper than a Heathrow Express ticket if you have the time for a slightly longer journey). Please be aware that there will be a British Royal Wedding on Friday 29th April, which could considerably push up the costs of flights at that time or affect your journey times if you are planning to move across London on the day.

Exeter has several train stations but most of them are small and only for local journeys. The central train station, where most of the national trains stop, is Exeter St Davids. There are direct trains from Exeter to many UK cities, including Edinburgh (approximately 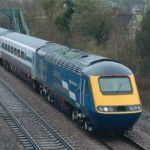 eight hours), Manchester (approximately five hours), London (approximately two and half hours), Birmingham (approximately two and a half hours), Bristol (approximately one hour), and Penzance (approximately four hours). The main London station that serves the South West is London Paddington, although trains can also be taken from London Waterloo (this takes a lot longer than the Paddington train as it takes a different route). First Great Western is the company that covers most of the train services between Exeter and London. To other cities the main provider is Virgin. The following websites can be used to view journeys, look at timetables and book travel: First Great Western, Virgin Trains, The Train Line and the National Rail . There is a taxi rank located just outside of the doors of the main train station which generally has a number of taxis awaiting passengers.

Exeter has a central bus station that is only a short walk from the main conference venue and the city centre. National Express is the main coach travel provider, and it runs to Exeter from most major UK cities. National Express offer some very competitive travel deals, so please use their website and try to book well in advance. In addition, there is also a Megabus service which runs from London and which offers travel from as low as £1 (with booking fee).

Once you have arrived in Exeter you may also want to use the bus to travel to the conference venue.

Travelling from the station: The only bus to run directly to and from the main train station is the H bus. This bus runs directly into the city centre but also to the main conference venue (St Luke’s Campus).

From the city centre: Providing you are on the correct side of the high street (the 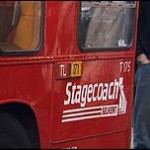 side where Marks and Spencer’s can be found) you should be able to take any of the following buses to get to the conference venue: H, R, A or D. Just ask for the Exeter University St Luke’s Campus. Look out for the campus on the right hand side as you go up the hill out of the city centre. On the R and A services you will also pass the police station on the left hand side of the hill, you need to get off the bus at the stop directly after this. For those on the H and D bus you will turn right just as the bus reaches the police station, you need to get off at the first stop after this turn which will bring you to the side of the St Luke’s Campus (walk through the gates just after the stop, at the gap in the wall, and you will see the quad directly in front of you). For further information on local bus travel, visit the Stagecoach website.

There are taxi ranks just outside of the bus station, train station and airport. There are also two central taxi ranks at either end of the high street (one which is on North Street outside Z Cars Taxis, the other is outside Sainsbury’s on Sidwell Street just off the main high street). There are several taxi companies in Exeter that can be used: