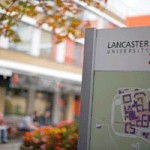 4.30-6pm followed by a drinks reception

Sponsored by GEA and the Centre for Social Justice and Wellbeing, Department of Educational Research, Lancaster University

Various injurious effects of schooling have been documented in the literature over the years, leading some theorists to characterise schooling as damaging. Professor Francis will consider some of the ways in which schooling in the Global North can be considered to damage young people (and their teachers). The range of damage includes: the reproduction of various forms of social inequality via schooling and the psychological injury and practices of harassment and exclusion this involves for pupils; institutional structures of discipline and surveillance; brutalisation of young people; and the effects of participation in these practices (and sometimes harassment and violence suffered by) teachers. But as well as drawing together this research, Becky seeks to precipitate debate on forms and structures of schooling, maintaining that it is insufficient to simply criticise existing practices. To this end, Professor Francis will attempt to draw out key issues and questions necessary to address in envisaging alternative forms of schooling that would avoid the damaging effects of the present prevalent model.

The event is open to all and free to attend but places are limited. Please contact Kathryn Doherty (kathryn.doherty@lancaster.ac.uk) to reserve a place.

Professor Becky Francis is Director of Education at the RSA. She is also Visiting Professor at King’s College London, and Roehampton University. Becky’s RSA role involves leadership on educational policy and curriculum development, directorship of a range of research projects and interventions, and development of RSA institutional work (e.g. the development of the RSA family of Academies). Her academic expertise and extensive publications centre on social identities (gender, ‘race’ and social class) in educational contexts, social identity and educational achievement, and feminist theory. Her recently co-authored books include Identities and Practices of High Achieving Pupils (forthcoming, 2011), Feminism and ‘The Schooling Scandal’ (2009), and Reassessing Gender and Achievement (2005) (all with Christine Skelton, and the former with Barbara Read); and Understanding Minority Ethnic Achievement: Race, Gender, Class and ‘Success’ (2007, with Louise Archer). She has also co-edited several readers on theory and practice in gender and education, including the Sage Handbook of Gender and Education (2006).