Over the last week, members of GEA’s executive committee have been sharing their views on Donald Trump’s election success; Andrea Peto started by examining how Trump’s win was a boost for illiberial regimes in Europe. Jessica Ringrose and Victoria Showunmi then considered how to call out Trump pedagogy by turning the 2016 USA election into a teachable moment. Finally, we saw a piece by Sally Campbell Galman that reinforced the phrase ‘the personal is political’ as she articulated what the win meant on an intimate level with her post, We ain’t whupped yet: Memo from America 11/10. Today, exec member, Marie-Pierre Moreau shares her views on Brexit and the politics of othering.

Here at GEA we are proud that our executive committee are dedicated to sharing good practice and their views on life events; this series has been popular with readers and we have enjoyed reading your comments on Twitter, Facebook and in the comments section of the posts. We are also proud of the fact that we offer writing opportunities to readers – if you would like to share your views on Trump’s election, Brexit or any other issue, please contact us! 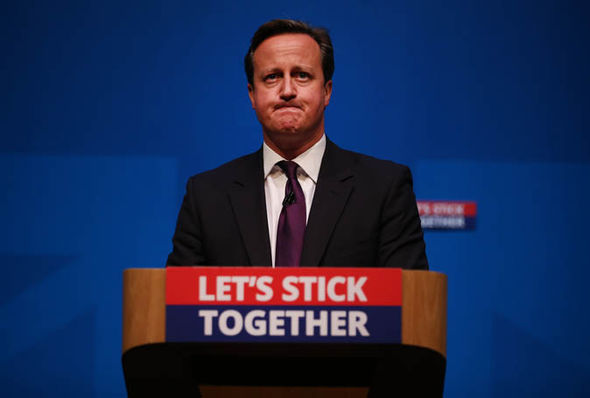 When David Cameron promised, during the 2015 general election campaign, to hold a referendum on the EU, very few would have anticipated that his pledge would result in months of intensive campaigning during which politicians would turn against each other in the harshest imaginable ways. Nor was it anticipated that Leave/Remain would become the new significant political divider that it is. In a country which prizes itself for being inclusive and where items printed with ‘keep calm and carry on’ sell like hot cakes, the level of turmoil associated with the referendum has been unusual in recent history.

On a personal level, the shocking realisation that 52% of voters expressed a preference for the UK leaving the EU has been painful, especially given the racist undertones of the campaign. Having felt welcome in this country for many years, I experienced feelings of betrayal and powerlessness, with the latter exacerbated by the fact that I could not vote. Yet I was not so prepared for the emotional turmoil that my British friends and colleagues went through (none of them, from their own admission, had voted Leave). They were full of anger, sadness, but also shame. This was not the future they envisaged for themselves, nor for their children. They identified with being the victim and with being the culprit – some even apologised to me, as if they bore some form of responsibility in what had just happened.

So when I woke up after just about three hours of interrupted sleep on Friday 24 June, there were still two camps, except now the one I was not part of had won. Months of debate had unleashed racism and xenophobia. This, of course, was not new. We know, thanks to a wealth of research on the topic, that in the UK, as in many other countries, ethnic and religious minorities have been subjected to considerable levels of racism and hatred for decades. If anything, this has been exacerbated by the referendum campaign. However, with the referendum, a new figure of hatred has been revealed: that of the ‘European’ migrant. Of course, this too is not completely new. German and French people, for example, are regularly subjected to stereotyping and mockeries. Irish and, in the more recent period, Polish and other Eastern European migrants have attracted some particularly negative feelings. During the referendum and in the days that followed it, this form of racism seemed to have intensified. 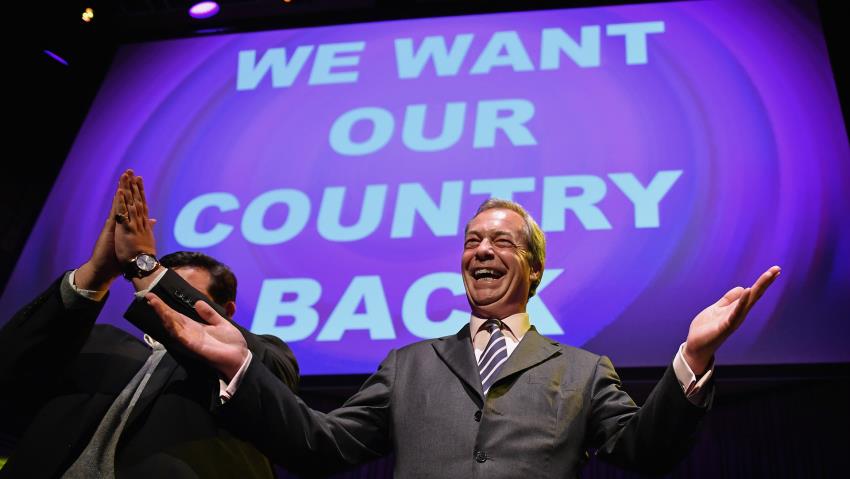 Anecdotes of daily micro-aggressions were shared with European friends. Tabloids, in favour of the Leave campaign, published abusive articles about European migrants. ‘Leave the EU/No more Polish vermin’ leaflets were delivered in several towns across the UK; xenophobic graffiti were sprayed outside a Polish cultural centre; European citizens suffered extreme abuse, including one instance of a racially motivated killing. This political turmoil culminated with the death of Jo Cox, a Labour MP in favour of Remain, murdered by a member of her constituency as he shouted ‘Britain First’. The political rhetoric of the Leave camp and of many among the new post-referendum Government became increasingly tainted by the melancholic fantasies of a lost empire (Cain, 2016). European migrants are ostracised in increasingly overt ways and a politics of othering is at play. While we are soon to be ‘out’, racism is definitely ‘in’, and Europhobia has joined in on a new scale. This of course finds an unfortunate echo across the Atlantic, as the US presidential campaign and its aftermaths have been tainted by considerable levels of xenophobia, misogyny, transphobia and ableism, ending with a victory of a man whose political rhetoric and personal life resonate with each other when it comes to these matters. 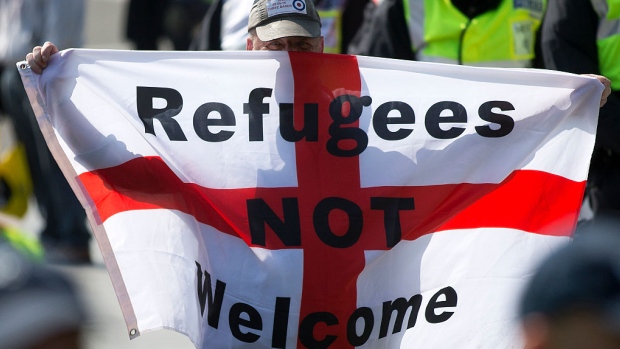 But, as I quickly came to realise, something else had happened. This process of othering had now extended to a range of groups ‘suspected’ to have voted Leave en masse. On BBC Newsnight, a few days after the referendum, a journalist interviewed four voters (the clip can be seen here, from 27:25). On the left, two Leave voters: both women from Boston, Lincolnshire, middle-aged, White British and working-class. On the right, two Remain voters: both young men from Lambeth, London, one White British, the other British Asian, one a lawyer, the other a student, middle-class. Asked why she voted Leave, one of the participants mentioned the many ‘European EU workers’ living in her town who ‘can’t even say “hello” in English’. On the other side, the two Remain voters listened politely. While the racists words used by the Leave supporters were violent, so was the media mise en scène, contrasting the confused, provincial, female, White, middle-aged, working-class narrative of the Leave voter with those of their articulate, confident, young, cosmopolitan, male, middle-class Remain counterpart. Their bodies became the signifiers of class, gender and race, with one group embodying bigotry and ‘chavism’, the other modernity and the charme discret de la bourgeoisie-in other words, privilege. The symbolic violence of this scene has stayed with me. With it came the realisation that ‘Brexit’ was about much more than the othering of (a group of highly diverse) European migrants.

What played out in this scene and in many others which would be repeated ad libitum and ad nauseam by the media in the following days (Gill mentions a similar video to the one I discuss above, which can be viewed here) was the awakening and possibly strengthening of divisions which have long been present in British and other Western societies. The association of the Leave voter with (White, working-class, middle-age) femininity is only one of several narratives which have emerged during the referendum, but it is one of particular significance. The scene I recalled above fits the post-industrial deficit discourse of the working-class as ‘chavs’ discussed by Owen Jones in his eponymous book. Although exit polls show a positive correlation between being working-class and voting Leave, gender parity prevailed when it comes to political allegiances. Fifty-two percent of female voters voted in favour of Brexit, that is exactly the same percentage as men (unfortunately, more intersectional data are hard to come by). However, as for class, the scene fits a narrative that goes back a long way and constructs women as irrational and politically incompetent. Those who take a political stance are often demonised, as in the case of Hilary Clinton and of Gina Miller, when they are not simply invisible and silenced, as has happened to female politicians during the UK referendum campaign. 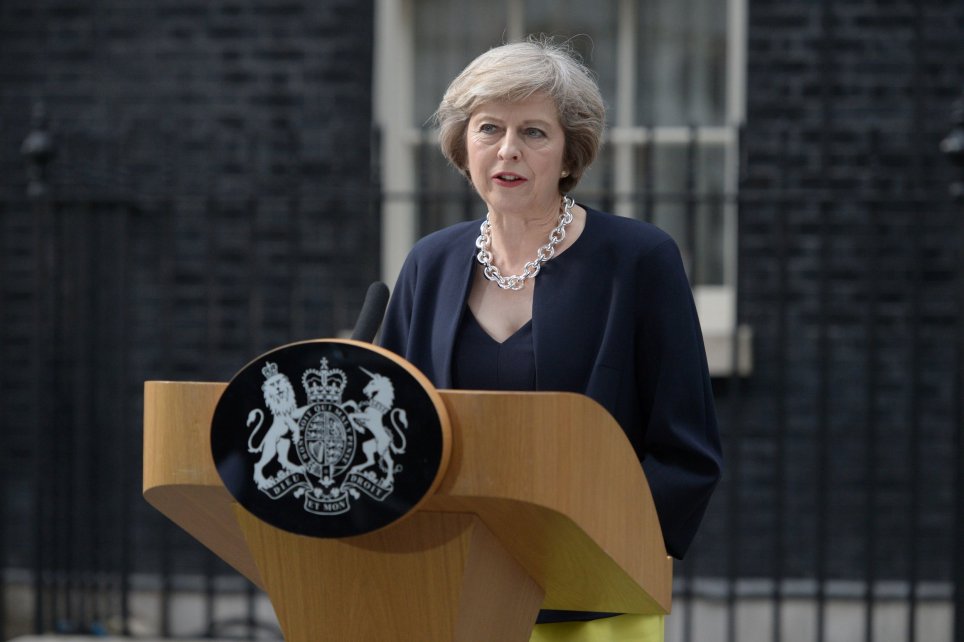 Let us remind ourselves that in the UK women gained the right to vote in 1928 as a result of the Equal Franchise Act (although some women were able to vote from 1918). Today, women represent less than 30% of Members of Parliament. They face incredible barriers and will frequently lose elections against less experienced and less competent male candidates, a point strikingly illustrated by the recent US elections. Theresa May and, before her, Margaret Thatcher are exceptions in an incredibly male-dominated environment and in many ways are highly privileged. There is also an irony of constructing working-class women as the abject figure of the Leave workers. The EU has invested some considerable resources in tackling gender inequality and social exclusion. Working-class women are among the most likely to be affected by the economical uncertainties associated with Brexit, with limited impact on the likes of Boris Johnson and Nigel Farage.

Concluding this piece on a hopeful note would have proved to be a challenge, if it had not been for my spell checker coming to the rescue and changing the subtitle of this piece into the politics of ‘bothering’. After all, as long as we bother, we remain political animals who, I am naïve enough to think, care about the public good and individual rights. When young voters have been blamed, rightly or wrongly, for their political apathy, the referendum campaign and subsequent turmoil may help to bring divides to the fore and provoke the political awakening which we needed. A consequence of the social segregation and territorialisation of inequalities is that, like many, I have yet to meet somebody who has voted Leave (an admission which I am sure would be complicated by the fact that I am after all a European migrant with a distinctive foreign accent). Let us recall here that voters based in London and Scotland overwhelmingly voted for Remain and so did 3 out of 4 voters in the town where I live. Segregation facilitates the demonisation of those who are ‘not like us’. Thus, there is a real onus on all of us to move away from the simplistic, divisive fantasies of ‘social abjection’ (Tyler, 2016) revealed by the referendum and draw on critical and intersectional perspectives.

We also need to ask who benefits from a politics of othering which reasserts social, gender, race, national and other divides. While Brexit has been sold as a victory for the working-class, we should not forget that the leaders of the Leave camp are by a huge majority wealthy, privately educated White men. In many ways, the rise of right-wing populisms in the UK, the US and elsewhere, can be interpreted as a backlash aiming to maintain the privileges associated with being part of these groups. So while we should not encourage the emergence of a new figure of hatred, we need to challenge the racist, misogynistic, classist and nationalist rhetoric of Brexit and of the US elections that plays certain groups against each other. Academics can play a key role in this, although this is a difficult task at a time when universities and workers of the knowledge economy are derided. Yet, in the face of hatred, we must continue to engage with social justice issues through our ongoing scholarship, our contribution to national, international and transnational public debates and our pedagogical practices. We owe it to those with less privilege and we are certainly not short of research material.