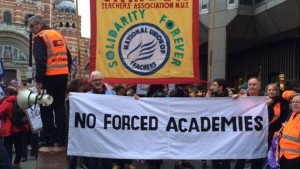 The schools white paper brings together recent announcements from the budget and thefunding consultation as well as the provisions in the Education and Adoption Act to set out the next phase of school reform. The strategy is undoubtedly ambitious – in particular the aim to make all schools into academies by 2022 and the move to a National Funding Formula by 2019-20 – but is broadly consistent with the direction of travel towards a ‘self-improving’ systemsince 2010.

Given that direction of travel, many of the specific proposals in the white paper are focused on trying to address some of the acknowledged weaknesses of the existing system: for example through a concerted focus on building capacity in areas where school-led approaches are currently weak, to clarify a very different but still meaningful oversight role for Local Authorities, and to remove some of the perverse incentives in the accountability system.

What is the evidence that making every school an academy will make a positive difference to children’s outcomes? The changes since 2010 have been so rapid that it’s hard to say anything conclusive in relation to academies specifically; for example, NfER’s recent review highlights the complexity of comparing outcomes across the different academy types and phases, and while there is some evidence of improvement in sponsored academies and those in chains it is far from consistent or compelling so far. Looking at the wider evidence base, there is strongcorrelational evidence that school autonomy coupled with accountability can make a positive difference in school systems where school leadership and capacity are well developed.

The great weakness of policies premised on autonomous schools competing with each other for students and resources is that they make it harder to develop the high quality teachers and leaders that are key to effective schools. If schools compete with each other then teachers are not encouraged to share practice or spend time learning from their peers in other schools. To be fair, policy since 2010 seems to have recognised this weakness and encouraged schools to collaborate, primarily through the voluntary Teaching School Alliances and the hard governance Multi-Academy Trusts (MATs). Thirty-two per cent of all schools were part of a Teaching School Alliance by October 2014, while around 1 in 4 schools is now an academy and around 58% of all academies are in a MAT.

So the focus on building lateral networks to enable school to school support and collaborative professional development has potential, even if the current evidence of impact remains thin. The challenge is that while many confident schools seem to thrive on the school-led approach, others are at risk of becoming isolated, potentially leading to a two-tier system. For example, relatively few of England’s 5700 primaries with fewer than 200 pupils appear to have had the time or capacity to engage with the Teaching Schools so far and there are very few examples of such schools coming together to form viable MATs; so the white paper’s requirement that all small schools academise as part of a MAT may remain wishful thinking.

What can we learn from other school systems that have adopted England’s approach? Interestingly, the one OECD school system that has higher rates of school autonomy than England is the Netherlands, which is also relatively high performing in PISA international comparisons. Dutch schools face a similar accountability framework to England: for example with national tests and external inspections. What is particularly interesting is that School Boards, or federations, have developed to oversee groups of primary schools in Holland. These Boards have strong similarities to MATs: they are legally responsible for their constituent schools, overseeing areas such as pedagogy, curriculum, HR, budgets and school improvement (Education policy outlook 2014: Netherlands, OECD). School leaders are appointed by and accountable to the Board while larger federations employ a CEO or Superintendent to oversee strategic and operational development. There has been a gradual increase in the size and scale of the Boards over time, with 1,138 operating in total by 2013, many governing twenty or more schools (Ministry of Education, Culture and Science, 2013).

It is always important to avoid simplistic cross-cultural comparisons between education systems, but Holland’s School Boards do indicate two particular issues to consider as we develop a MAT-led system in England: 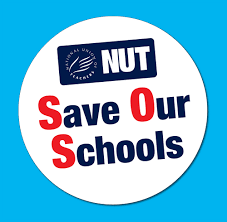 Legitimacy for publicly funded schools has traditionally stemmed from the government’s democratic mandate but, as Dan Gibton has observed, this becomes increasingly confusing once England’s academies are run by MATs that are independent charitable companies commissioned by the Secretary of State via a funding agreement. Imagine a future scenario in which a significant group of parents in an area come to feel that their local academies are not meeting their needs: they will not be able to turn to the Local Authority or the school’s Local Governing Body for meaningful action, while the Regional Schools Commissioner may feel distant in both geographical and relational terms. Let’s imagine that the staff in one of these academies come to feel equally dissatisfied: they too may feel too far removed from the Board and CEO of their MAT to feel able to influence change. Meanwhile, the very current issues of fast rising CEO salaries and significant conflicts of interest are already raising concerns and a level of cynicism. The removal of the need for consultations with parents when a coasting school is moved into a MAT via the new Education and Adoption Act just seems likely to increase such legitimacy concerns.

The white paper does recognise these legitimacy concerns, particularly given that it will also remove the requirement for parent governors. It states that MATs will be required to ‘listen to the views and needs of all parents’ (para 4.55) but this feels a somewhat thin response when boards are equally trying to manage so many other competing priorities, not least a tightening budget situation for most schools.

Policy in England since the 1988 Education Reform Act has been largely focused on ensuring that individual schools succeed, founded on a quasi-market model of parental choice and competition between schools. The unit of analysis now needs to move from the individual school to the school group, represented by the Multi-Academy Trust. If the government’s ambitions come to fruition, the school system in the 2020s might resemble the retail sector today: national and regional chains offering standardised quality and choice, but with smaller boutique providers still continuing to offer something more unique. Of course, choosing where to buy your groceries is significantly less high risk than choosing a school for your child: let’s hope that the quasi-supermarket education system works out.