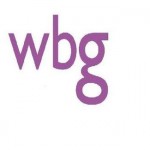 The Women’s Budget Group (WBG) has released its latest assessment of the Coalition’s economic strategy. It considers the UK’s Autumn Financial Statement which underpins the UK ‘budget’ to be announced in the spring of 2012, against the backdrop of Government policies about gender equality. It shows how the Government has ignored its own policies in presenting a gender impact analysis; and how the Government’s policies will impact adversely on women, particularly its public sector policies. Instead of promoting Plan A or even Plan B – an alternative Labour plan, it argues for Plan F – a feminist strategy that promotes equality, jobs and growth. This includes a specific focus on women and educational and family policies. The GEA could contribute more specifically to this Plan F by developing a stronger analysis in terms of schooling and education across the lifecourse.