A number of new initiatives have recently been launched by the government’s equality group. These campaigns have also resulted in the development of a number of new resources that can be used in schools to generate discussion surrounding issues of gender and education. The two campaigns that have been publicised most widely in the Equality Group’s newsletter relate to teenage relationship abuse and body image.

Many will remember the violence against women and girls strategy that was launched on November 25th 2009 (to mark the International Day for the Elimination of Violence Against Women). The strategy (commonly known as VAWG) set out three clear principles in its bid to tackle violence against women and girls: prevention, protection and provision. One of the stated aims at this time was for the:

“inclusion of gender equality and violence against women in the programme of study for personal and social wellbeing when PSHE is made part of the statutory part of the National Curriculum in September 2011” (Home office, 2009: 26).

Since the change of Government in May 2010 the VAWG strategy has reappeared on the governmental agenda but without any explicit references to how these aims should now be taken up in the formal school curriculum.

Despite this disappointment, on the 1st September this year the government did launch a new teenage relationship abuse campaign with the aim of preventing teenagers from becoming the perpetrators and victims of abusive relationships. Adverts depicting teenagers in situations that would be deemed as involving relational abuse (set in a variety of contexts including the takeaway, a party, school and a bedroom) have been splashed across a variety of media. Channels like E4, notorious for their teenage viewing, have been particularly targeted as have cinema screenings. 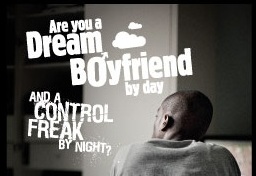 teachers in schools with children in Key Stages 3, 4 and 5. The pack has been developed in conjunction with Womankind Women’s Aid and combines lesson plans (containing games, discussion starters, definitions, follow up activities) with links to the wider curriculum. Posters, postcards, leaflets and DVDs can also be ordered from the Department for Education website.

Some may well see this as the government taking a very small step to tackle violence through educational resources and discussion, having once claimed that it would be made central to the curriculum and now having released a relatively small resource pack without a great deal of fanfare or discussion about how it should be used. Many may also question how an electronic resource like this can prepare teachers and give them the confidence to address such sensitive and often unspoken issues.

But maybe we shouldn’t be too disappointed. With recent research suggesting that 1 in 4 young women are hurt by partners that they are dating (Barter et al 2009), perhaps a small step (and the fact that VAWG has remained in some ways on the governmental agenda) is better than none at all?

If these are issues that particularly interest you then perhaps you may be interested in attending a forthcoming Gendered Violence conference.The conference will be held in Bristol on the 23rd, 24th and 25th November 2011 and two of the discussion strands will explicitly focus on children and young people and education. For more details please see their website.

Another recent campaign launched by the government focuses on body image and body confidence. On the back of the Bailey Review and concerns about the premature and overt sexualisation of young girls the government has launched a new campaign which attempts to ‘reduce the burdens that popular culture places on an individual’s wellbeing and self-esteem’. A set of school resources has also been developed as part of this campaign for use with children from the age of ten years in schools and classrooms around the country. The aim of this pack is to ‘try and help children understand how the media often alters images and the impact these images can have on self esteem’.

Given the findings of recent academic research which has been undertaken in this field, we may question whether such advice is entirely appropriate, how it is intended to be imparted to young people and how gendered these discussions will be (having the potential to only be directed at girls who will continue to be policed

for their own sexual behaviour and simultaneously expected to take responsibility for the sexual behaviour of boys). Tiina Vares et al’s (2001) recent research with young girls in New Zealand, for example, sought to highlight the complex way in which girls took up these discourses for themselves. The research demonstrated the agency that girls had in negotiating and understanding these discourses (their ability to recognise when people had been airbrushed and to talk about such images critically) but also the complex way in which they were mired in and constituted through the very same discourses (still sometimes criticising themselves for not being able to approximate these norms).

Yet with active researchers (like the Gender and Education Executive Committee’s own Dr Jessica Ringrose) involved on an advisory committee we hope that many of these messages are being relayed to ministers. It is also important to recognise that these resources represent a tip of a new iceberg. Indeed it would appear that a whole new set of educational resources are being developed in relation to these issues. Admittedly some of these are part of huge corporate projects which seek to make a great deal of money from schools. Early reports from teachers who have worked with some of these programmes in Australia are also not entirely positive (Charles 2010). However, in order for you to read more about all of these issues, to consider them critically and to explore the resources for yourself you would be advised to keep your eye on the Gender and Education journal as they are about to publish a special issue on exactly this theme.